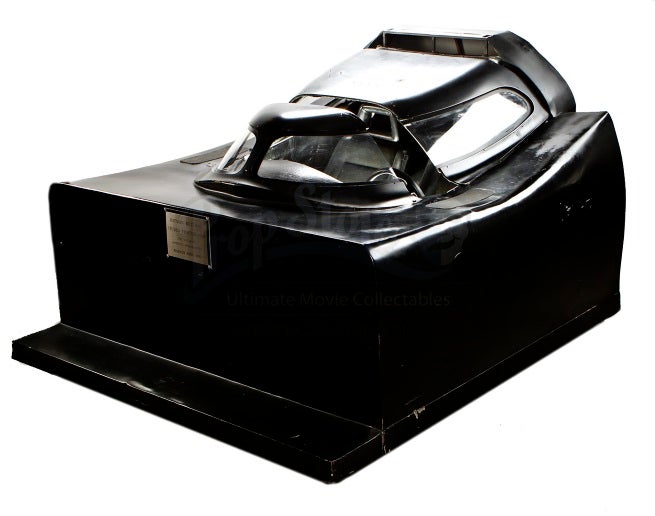 An original Batmobile Insert Process car from Batman Returns is now on sale at Prop Store.

The prop was used for interior shots with Michael Keaton as Batman, riding in the Batmobile from Tim Burton's second Batman film, designed by production designer Anton Furst.

Big budget film productions always employ multiple versions of a given prop. Process cars are designed with removable sides, allowing a director to get his camera's close on an actor in a way that would never be possible with a complete car.

The Batmobile is completely custom made and screen matches exactly to shots in the film.

This piece is now for sale exclusively at Prop Store for $50,000.