The DC TV Universe has become a big deal, with The CW now housing an entire interconnected web of superheroes and villains that stretch across the cosmos, time and multiple dimensions.

And yet, even as the DC TV Universe expands to include major characters like Superman, there are still some big noticeable absences, and one of them is the Man of Steel's nemesis, Lex Luthor.

Supergirl has offered fans other members of the Luthor family, in Lex's half-sister Lana Luthor (Katie McGrath) and his mother Lillian (Brenda Strong). In the show's upcoming episode, "Luthors," we seemingly get a more direct tease of Lex himself, but it's time for the teasing to end. This is Why Lex Luthor Needs to Be in the DC TV Universe.

The biggest hurdle to getting to use any character on a DC TV show is getting around any plans that DC/WB may have for that character on the movie side of things.

However, the studio has started taking bigger risks - like debuting actor Tyler Hoechlin as the new TV Superman. And if they can do it with Superman, they can definitely do it with Lex.

The particularly good thing about Supergirl is that even within the Flarrowverse it exists within an alternate dimension. That lessens the risk of using big characters like Superman and Lex even more, by creating even further separation from their movie counterparts.

His Place is Already Set

The simple fact is that at this point, Lex Luthor is a major absence from the DC TV universe, and with all the players now involved, it's getting awkward to have to be constantly talking around him.

We have his nemesis (Superman), and major members of his family (Lana, Lillian) scheming on plans that could shift the balance of power in the world. Now is the time for Lex to step into the spotlight, and claim the space that the DC TV universe has already created for him.

The DC TV Universe has done a lot of great things on the villain side (and some not so great things), but one thing that it lacks right now is a worthy archvillain whose reach extends to all corners of the DCTVU. It's been fitting for the DC TV architects to hold off on establishing a big, big, bad to the universe because truthfully, few of the DC villains they've used qualify for that role. However, Lex Luthor certainly does.

Supergirl has already allowed Lex's presence to be felt without the villain himself being onscreen - it's time for those Easter eggs and name drops to permeate throughout all the DC TV shows. By the time we actually see Lex himself, it should be easy to believe that his machinations could stretch to multiple Earths, the cosmos, and across the spans of time.

Move over Legion of Doom: Lex Luthor should soon be established as the most dangerous man in the DC TV Universe.

Fans are still looking for great DC Comics reasons to make the Flarrowverse show's crossover once again. "Invasion!" worked well enough, but if we want a good hook to hang a crossover on, it could be a character rather than just an event.

Lex Luthor is a DC villain whose ambitions and schemes could draw together every hero in the DC TV Universe from their various corners; not to mention Luthor's history of team-ups with other big villains like Brainiac or Darkseid.

If there is a villain who's bigger than one show, it's definitely Lex Luthor. Let's put that infamy to good use. 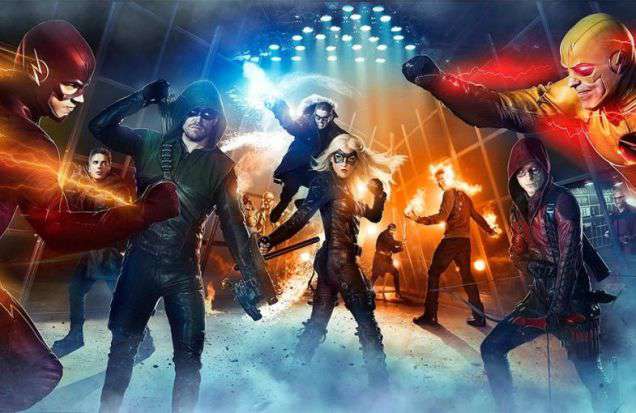 Why Lex Luthor Needs to Be In the DC TV Universe