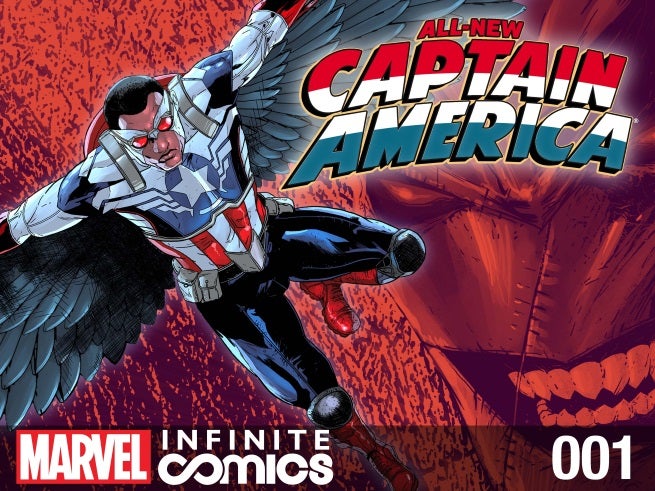 Sam Wilson wields the shield for the first time in All-New Captain America: Fear Him, the latest Infinite Comic series from Marvel. The first three issues of the series are available now and, like all Infinite Comics, is specifically designed to be read on tablet devices, and using unique storytelling tools only available in digital space.

An old villain has returned to feed on the city's fear. The Scarecrow – a violent psychopath and his army of bloodthirsty terror crows wreaks havoc on the city. It's up to the All-New Captain America and his partner Nomad to put a stop to him. Which might be easier if they got along with each other.