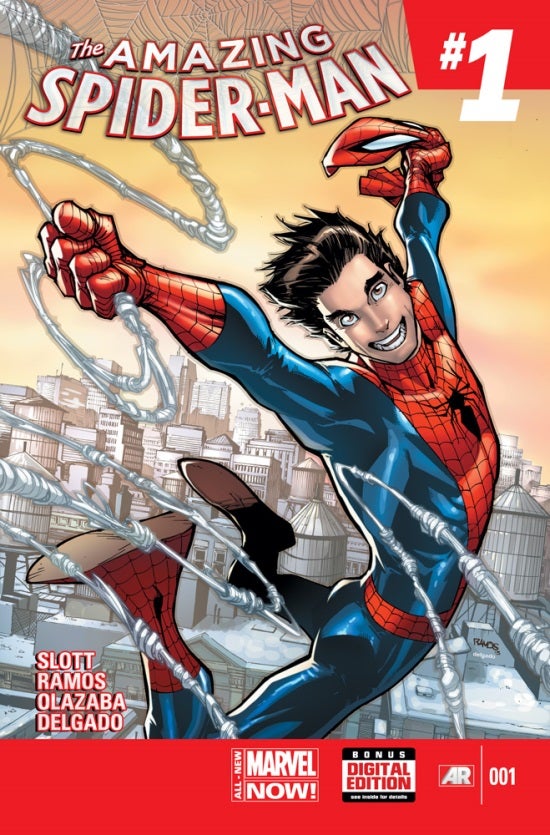 Marvel Comics' Amazing Spider-Man #1 was the comic industry's best-selling comic book in both units and dollars in over a decade, Diamond Comics Distributors reported today. The title -- from writer Dan Slott and artist Humberto Ramos, was one of four titles placed by Marvel in the top ten. DC Comics took the remaining six spots in the top ten, led by Scott Snyder and Greg Capullo's Batman #30 at #3. The comic, which also topped ComiXology's sales the week of its release in spite of a hefty price tag of $5.99, was the top seller in both dollars and units. A deluxe digital edition with a good deal of additional backmatter and behind-the-scenes material was also available on the ComiXology and Marvel Comics apps for $9.99. 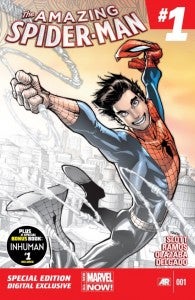 A tie-in, Infinite Comics miniseries by Joshua Hale Fialkov and a host of artists launched yesterday, giving some background to the relaunched series, which follows on the heels of a year during which the title was rebranded as Superior Spider-Man and Peter Parker was replaced by his old nemesis Doctor Octopus. Both the main title and the digital tie-in are currently dealing with fallout from that story, as Peter has regained control of his body but has memory gaps as a result of the experience. The title outsold The Walking Dead #100 which, when it was released in 2012, was reported as the top-selling single-issue comic in the market since 1997. Exact numbers are typically not released from Diamond, but Image Comics reported at the time that The Walking Dead #100 had sold more than 383,000 copies.

Venom: Let There Be Carnage to Celebrate New Movie With Venom Day