To get you up to speed and excited for the events, we've prepared a series of articles breaking down the events that were teased so that you'll be ready to revisit them next summer. Today, we go green with:

What Was It? No good deed goes unpunished, so they say. After helping Nick Fury (or what would later be revealed as a life model decoy of Nick Fury) save the day in outer space, The Illuminati decide its time to remove the threat of the Hulk once and for all. The trap Hulk in a spaceship and shoot him into space, aiming for a lush planet free of sentient life, where Hulk can finally just be left alone.

Things don't quite go as planned. A portal in space sucks Hulk's ship onto a planet called Sakaar, which is going through a Roman Empire face, with a particularly insane emperor, called the Red King, and lots of interspecies strife.

Hulk gets to play gladiator for a minute, then breaks out, frees the slave, and begins the hesitant leader of a global revolution.

Was It Any Good? Quite. Nowadays, the success of the The Avengers movies have solidified Hulk as a hero and a core member of the Avengers. It wasn't always that way. The Hulk is easily one of the trickiest Marvel Characters to write, because he exists in a superhero universe but isn't actually a superhero himself. Hulk was actual Stan Lee and Jack Kirby's attempt to capitalize on the popularity of monster comics at the time, and so the Hulk shows more in common with one of those characters than Superman.

As a result, Hulk often feels out of place. As a monster, it's hard to write him into a heroic narrative without rewriting the rules of the character a bit, like when he was able to stay in Hulk's body, but with Bruce Banner's mind. In Planet Hulk, Greg Pak and artist Carlos Pagulayan and Aaron Lopresti leave the world of superheroes behind. Sakaar is a world full of monsters just like Hulk, and so it provides Hulk with the unique opportunity to be both monster and hero. In fact, one of the themes of story is how the more monstrous characters often behave more humanely and heroicly then the more humanoid characters.

The art is solid if a little uneven – Pagulayan's issues are a little stronger than Lopresti's – but throwing Hulk into a swords and sand style adventure story was truly an inspired idea.

Significant Deaths: With the story taking place entirely away from Earth, no established Marvel Comics characters. However, the death of Caiera Oldstrong (as well as several other, nameless characters) when the ship that brought Hulk to Sakaar explodes is of huge significance, and a major part of the story's climax, and what motivates Hulk to wage… 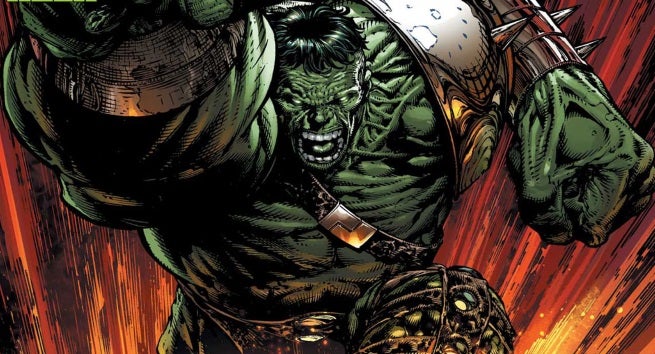 Lasting Consequences: World War Hulk. Hulk blames his old "friends" in the Illuminati for the death of his Caiera and the destruction of the world he fought so hard to save. This four-issue event comic sees the Hulk easily taking down several Earth's Mightiest Heroes, and turning Madison Square Garden into an arena for him to watch them fight each other. 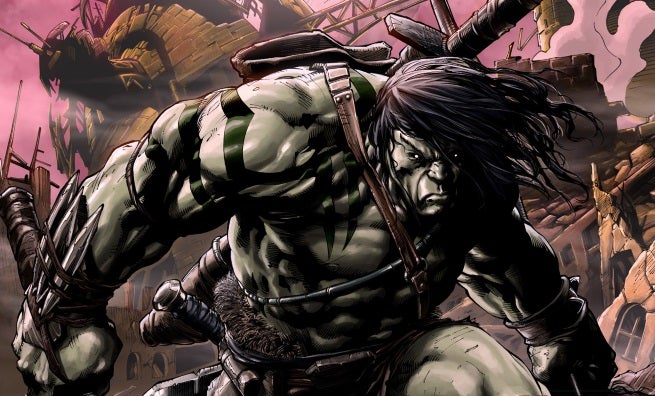 Caiera was also pregnant when she died, but the children survived. Hulk has twin sons: Skaar, who eventually finds his way to earth and now watches over the remaining Sakaarian refugees in the Savage Land, and the more ruthless and ambitious Hiro-Kala, who is now believed dead. 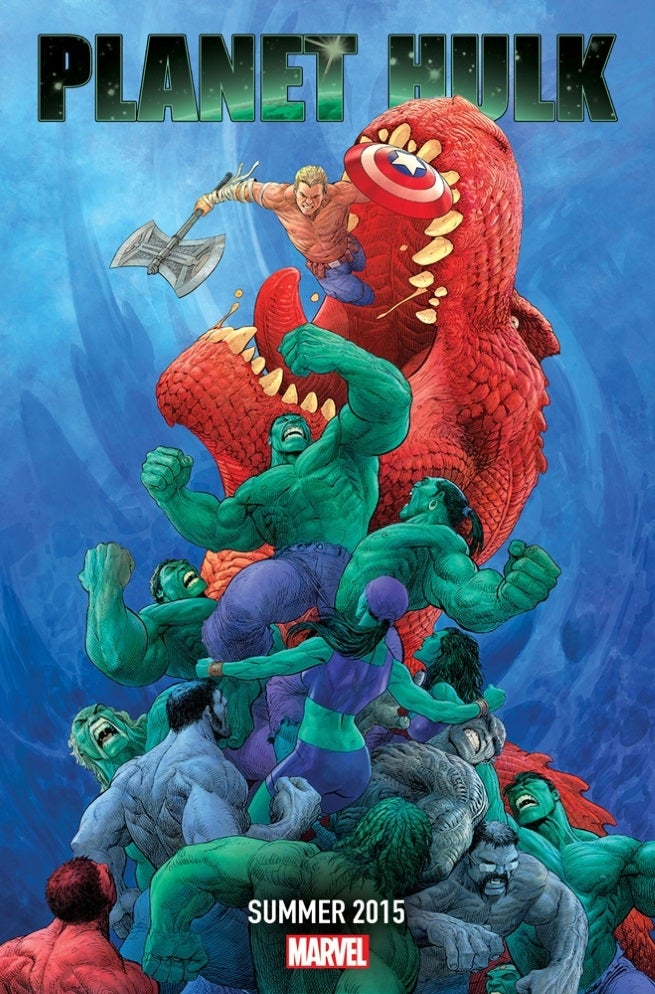 The Teaser: The teaser is much different than the actual Planet Hulk series. It seems this Planet Hulk refers to a planet of Hulks, rather than a planet that Hulk visit and rules over. I would guess that Planet Hulk #1 will follow Captain America and Devil Dinosaur - who are either among the last survivors of an Earth now overrun by Hulks, or are from a different reality and got somehow tossed into an all Hulk region of Battleworld – simply trying to survive among the monsters.