After the long hard, but ultimately successful struggle to get Deadpool on the movie screen in all its R-rated, 4th wall breaking glory, one would think it should be easy to get Deadpool 2 in theaters. However, in recent weeks one of movie fans' most anticipated sequels has been in creative free-fall - and that descent continues today.

After teasing fans with the introduction of big X-Men characters like Cable and Domino, Deadpool 2 hit us with a bomb blast when word came down that the director of the first film, Tim Miller, was leaving the sequel. Word continued to leak out that Miller and franchise star Ryan Reynolds had gotten into a serious clash about the creative direction of the sequel, and that the studio ultimately gave higher authority to Reynolds, causing Miller to walk. Today, we got word that superstar soundman Junkie XL, who provided the awesome score for Deadpool, is also walking from Deadpool 2, out of solidarity for Miller leaving.

Some might look at this and just see creative changes in store for Deadpool 2, but this second departure has us officially worried. And here's why:

The word regarding the Miller/Reynolds feud was that it was over a stylistic approach for the sequel. Reynolds wanted to focus on the comedy and meta-humor; Miller wanted to make a bigger budget superhero action movie film. Another sticking point was who should play Cable with Miller wanted Kyle Chandler and Reynolds disapproving of that choice. The Cable issue aside, what has us worried about Junkie XL leaving is that it lends credit to the idea that Tim Miller's stylistic ideas for Deadpool 2 may have more merit than Reynolds'.

Miller was a visual effects artists who broke out with an Oscar nominated short film, as well as that now famous Deadpool CGI test footage - which earned so much hype after being leaked online that the movie got made, got its R-rating, got Reynolds the part, and Miller his first feature-film directing job. The test footage became Deadpool's now-famous "Honest Trailer style" opening credits, and immediately set the tone that this was a different sort of superhero movie, stylistically speaking.

Well, unique and original style in action movies is not an easy thing to replace, and the dismissal of Miller is clearly not only worrying us or the fans, but those closest to the film, as well. But should we 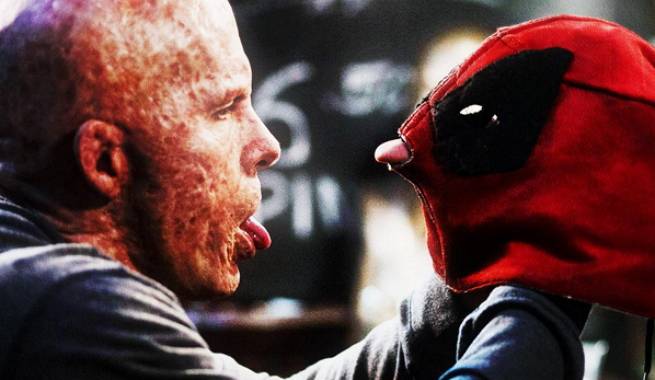 The fact is that there's a choice of track records in front of fans when it comes to Deadpool 2:

With talent like Junkie XL seeming to indicate that the "magic" is gone without Tim Miller involved in Deadpool 2, it's an awful lot of trust to put on Reynolds and his comedic sensibilities to carry us through. It's an even bigger trust when you consider that fan-favorite characters like Cable and Domino could have their cinematic reputations resting on Reynolds, as well. And without Junkie XL's talent, it's hard to see how we'll even get a soundtrack as awesome as we did with the first film.

That's all to say again: We're officially worried about Deadpool 2 - how about you?

Logan hits theaters on March 3, 2017, followed by Deadpool 2 on January 12, 2018. Movie versions of Gambit, New Mutants and X-Force are still being developed.

Deadpool 2: Why Junkie XL Leaving Has Us Worried