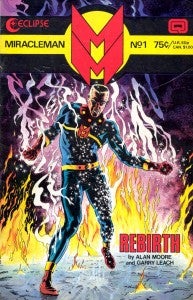 According to comic book legalese blogger Danny Best (via The Beat), Marvel Comics has filed trademark documents that show they now own the rights to Miracleman, ending one of the longest, strangest rights struggles in comics history. Marvel had announced at San Diego Comic-Con International in 2009 that it owned the rights to Marvelman, having bought them from Nick Anglo on the advice of Neil Gaiman. Of course, in order to differentiate the American and English publishing rights, and to avoid a potential lawsuit from Marvel, a previous publisher had renamed the character Miracleman, rights that eventually reverted to the creators after the company went bust. When Todd McFarlane (who had obtained a share of the rights) used the character in print without the permission of Neil Gaiman (who owned the rest of them), it kicked off a series of events that ultimately saw the pair in court for a decade. Recently, the pair finally settled the lawsuit, and it appears as though Gaiman has turned over those rights to Marvel now as well. Best and other comics bloggers are speculating that this may clear the way for Gaiman and his Miracleman collaborator, artist Mark Buckingham, to finish their story, which was truncated when the publisher faced financial difficulties. To quote Best,

"Clearly part of the settlement between Neil Gaiman and Todd McFarlane included McFarlane giving up his rights to the Miracleman name, and a deal between Gaiman and Marvel would have been sealed as far back as the lodging of the original case in 2002, when Marvel advanced Gaiman money against the 1602 mini-series.  The actual machinations of the deal will surely see the light of day eventually, but, for now, with Marvel now owning both the Marvelman and Miracleman names and trademarks, the way is now clearer for both a reprinting of the Miracleman/Marvelman series by Alan Moore, Alan Davis, Garry Leach, Rick Vietch, John Totleben and co, along with the Neil Gaiman/Mark Buckingham Miracleman series.  It also means that, finally, Gaiman and Buckingham might well take the opportunity to finally finish their storyline, over two decades after they started." 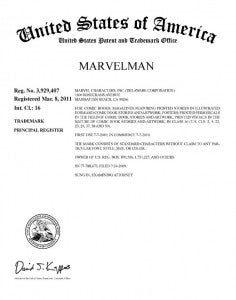 It may seem a farfetched notion, but Gaiman is returning to Sandman for its twentieth anniversary, apparently to tell a story he's been holding onto for years. And rather than seek compensation from McFarlane years ago, his first instinct was to try and negotiate a deal with the artist whereby Gaiman could reclaim the Miracleman name, which suggests he may have had some plans for the character. Even if Gaiman and Buckingham aren't the ones to continue it, most expect an announcement from Marvel soon about how they'll proceed; it might not even be out of line to expect some kind of tease at next month's New York Comic-Con. Owning the trademarks and copyrights to both Marvelman and Miracleman puts the publisher in the position to reprint the classic material, generate the new, and to be the first publisher since the '80s to do so without fear that using the property will result in a lawsuit.