Dan Slott has written a lot of Spider-Man stories. Depending on how you do your math, it can be argued that he has written the most Spider-Man stories. He first wrote on the core title of Amazing Spider-Man in 2008 as part of a rotating set of writers who produced the comic on an almost monthly basis. Then, after working alongside a who's who of artists at Marvel Comics, he took over the title as writer at the end of 2010 and spent the next eight years guiding the adventures of everyone's favorite webslinger.

His impact on the character and Marvel Comics as a whole is simply indelible, and it is finally coming to an end. The Spider-Man part, anyway. It was just announced that Slott will be concluding his run on Amazing Spider-Man and taking over Invincible Iron Man, along with the possibility of other unannounced projects. In his wake there are hundreds of issues starring Peter Parker, his greatest foes and allies, and too many new characters to name here. It is a lot of comic books with many high points.

Whether you're looking to remember favorite moments from Slott's run or jumping in at the end to see what the fuss is about, these are the comics we recommend you start with. Here's the five best Dan Slott Spider-Man stories.

This is the gold standard of Dan Slott's Spider-Man run, and the best issue of Amazing Spider-Man in the 21st Century. No hyperbole here; it's simply just that good. The story takes place in the wake of Marla Jameson's death during a Spider-Slayer attack. Peter and J. Jonah Jameson both attend her funeral in a perfect and perfectly silent sequence that encapsulates the grieving process, before Peter is called to stop yet another villain as Spider-Man. Not only is every panel by Martin in this story stunning, but they dig into the incredible weight of responsibility and guilt that form the foundation of Spider-Man. Perhaps more importantly, Slott also understands that Spider-Man is ultimately an optimistic figure. The titular vow that underpins this issue and many years of stories to come is great because of its simplicity. This is a story that understands who Spider-Man is, why we love him, and packs all of that into two issues. It's the highlight of Slott's enormous legacy. 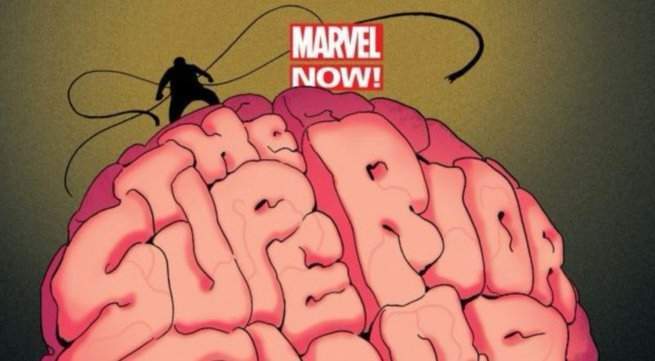 If "No One Dies" is the best short work of Slott's run, then Superior Spider-Man is the highlight of his many events. Over the course of a year, Slott filled Peter Parker's shoes (along with the rest of his body) with the mind of Doctor Otto Octavius. While the series featured many unique story arcs, the larger story was always in focus and deserves recognition for the titanic accomplishment it is. Slott managed to simultaneously rebuild Doctor Octopus from villain to hero and tap into the essence of what makes Spider-Man an inspiring hero. Many individual issues like Superior Spider-Man #9 were inventive, and the finale for the series was a perfect send off for Doc Ock and reminder of why we need a Spider-Man. It's this sort of bold shift in status quo that should leave Marvelites excited for Slott's long-term plans for Iron Man.

This is the story where Slott became a classic Spider-Man writer. It's the moment during "Brand New Day" where fans could really see all of the many essential elements click together for Slott in a fashion that made him the heir apparent. That includes a story packed with plot threads, a fair mix of pun-tastic humor and frightening action, and a worthwhile new addition to Spidey's rogues gallery. Paper Doll is the sort of foe that still provides shivers upon rereads and has been "criminally" underused since her creation. These 3 issues hold up as well as most of the great villain introductions from the Stan Lee and John Romita era of Amazing Spider-Man, and that should be considered high praise.

Every creator is tempted to reimagine a character's beginnings their own way, but very few succeed. When Amazing Spider-Man relaunched at the conclusion of Superior Spider-Man, Slott also wrote a mini-series about the untold story of Spidey's iconic origin. The result was far better than fans expected. Slott introduced a new character, Clash, whose arc plays in parallel to Peter's own without the benefit of an Uncle Ben. The result reveals the importance of good mentoring and how significant adolescence is in shaping adulthood. Slott not only added to the origin of Spider-Man, but made that addition matter.

Slott provided a number of solid events within the pages of Amazing Spider-Man, including "The Clone Conspiracy" and "Ends of the Earth", but none of them top "Spider-Island." While the story tied into a number of other series, Slott distilled everything readers needed into seven issues of the ongoing series, offering a model for superhero events that should be mimicked more often. In addition to providing a crisis worthy of the page space, Slott also found ample opportunities to play with New York City and the many characters involved. The spread of spider-powers like a plague resulted in harrowing and hilarious changes that still makes this event enjoyable to revisit.

Slott first showed a knack for writing Spider-Man in the pages of Spider-Man and the Human Torch in 2005. The five-issue mini-series played on Slott's great sense of humor and an understanding of what makes this duo so important to the Marvel Universe. Slott was able to revisit that relationship in the pages of Amazing Spider-Man seven years later, and Johnny Storm "died." This single issue offered both a great collection of artists and a fond farewell to one of Peter's dearest friends. It also makes the definitive case for why Spider-Man is the "fifth Beatle" of Marvel Comics' own Fab Four.