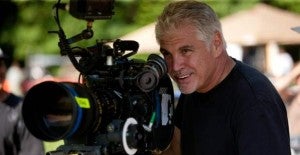 Lionsgate might already be having trouble with attrition, now that they've established their first major tentpole franchise. Despite  what it might say on his IMDb page, director Gary Ross is not yet signed for The Hunger Games' sequel, Catching Fire. As is customary these days, the principal actors were signed early on to multi-picture deals that will allow the series to play out without disruption in terms of casting--but in the case of The Hunger Games, Ross was not one of those signed in advance. According to an article by The Hollywood Reporter, Lionsgate didn't begin actively courting Ross for the sequel until just a couple of weeks before The Hunger Games hit theaters, by which point industry insiders were expecting a huge opening for the film and Ross has taken the opportunity to ask for a substantial increase in his asking price. While many of the stories out there today seem to suggest that all is lost, there's certainly reason to hope for a quick and tidy reconciliation between the director and the studio, which would allow for continuity between the films: On the studio's side, they need this film to get off the ground quickly. While a script is reportedly completed, no director has either signed off on it or made any changes yet and that needs to move forware more or less immediately in order for the studio to hit their target release date of November, 2013. this, combined with the massive box office take and generally positive reviews, could lead them to lean toward taking Ross, if for no other reason than not to rock the boat. Star Jennifer Lawrence, whose X-Men: First Class contract apparently trumps her Hunger Games contract, can also be pulled away from the project (temporarily, obviously) by Fox to shoot a sequel to the superhero franchise in which she played Mystique. As far as anyone can tell, there isn't a completed X-Men: First Class 2 script out there yet to be shot, but knowing that the axe could drop at any moment certainly could be incentive to the studio to be proactive about getting Catching Fire in front of the cameras. Not everything breaks in Ross's favor, though; the same people who fired Catherine Hardwicke after the phenomenal success of Twilight over at Summit Entertainment, are now working for Lionsgate and they could certainly balk if Ross decides to play too rough with them. But even that doesn't necessarily mean the conversation would end. Ross, after all, has been around Hollywood for decades--certainly long enough to understand that a great opportunity like this one doesn't come around every day. The Hunger Games is only his third feature film as a director and while the first two (Pleasantville and Seabiscuit) were critically acclaimed and Oscar nominated, they weren't The Hunger Games. And it's been almost ten years since his last directing gig in 2003. As a writer and producer, Ross has been in Hollywood since the '80s but until now, the biggest success stories of his career were arguably Big and Dave. The reported five percent backend he's getting on The Hunger Games will probably exceed all of the money he's made on all of his past films, and so to have another shot at that--especially in the lucrative realm of the sequel--has to be hard to turn down. Is it a sure thing that Gary Ross will be back for Catching Fire? Obviously not. But is it likely? Absolutely. Thanks to AMC Theaters for the image shown at left, as well as the interview with Ross shown below.