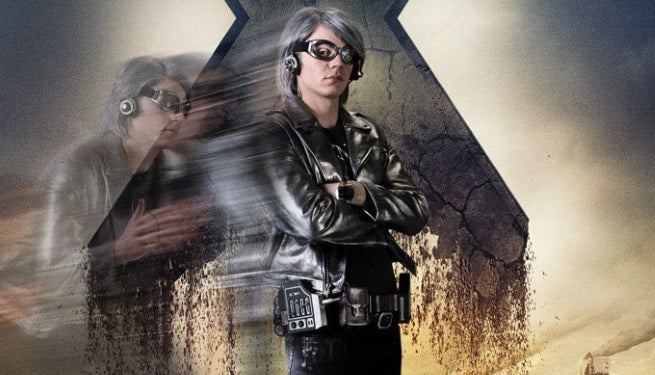 Quicksilver, who seems to have become the breakout character form X-Men: Days of Future Past, has been confirmed as appearing in the upcoming sequel, X-Men: Apocalypse.

In an interview with Newsarama, X-Men: Days of Future Past second unit director Brian Smrz said the silver speedster, played by Evan Peters, will have at least one scene in Apocalypse.

Well, there will be another Quicksilver scene, which I'm looking forward to; that'll be fun.

Other than that, I can't really say much – I'm looking forward to working with the cast and crew again. I've worked with Hugh Jackman four times before this, and I love the younger cast who's already great to work with as well.

Smrz goes on to reveal that Quicksilver didn't just prove popular enough in Days of Future Past to warrant a return as part of Apoalypse. Smrz says there's actually been talk of Quicksilver getting his own spinoff solo film.

We talked about Quicksilver before, I'd love to do a Quicksilver as a solo film because there's a lot to enjoy with that character. But I'm not geared just towards superhero movies; for me it's about great main characters, and finding movies that have that.