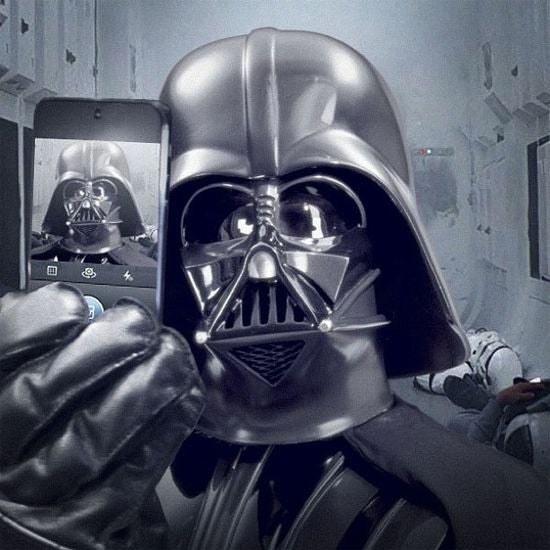 With fans anxiously awaiting further news of Star Wars Episode VII, Lucasfilm is expanding their social media presence. Earlier today, Lucasfilm launched an official Star Wars account on Instagram. So what was the first photo posted to the Star Wars Instagram account? It was a Darth Vader selfie. Along with the photo above, Lucasfilm wrote, "Another day at the office. #StarWars #DarthVader #selfies #gpom." For their second photo, Lucasfilm posted a behind-the-scenes photo of Darth Vader and Luke Skywalker, along with the text, "Prepare for battle! #StarWars #BehindTheScenes #Latergram #Vadergram." Could the Darth Vader photos be a hint that the Sith Lord could be returning for a future Star Wars project? Star Wars Episode VII is scheduled to be released in movie theaters on December 18, 2015. 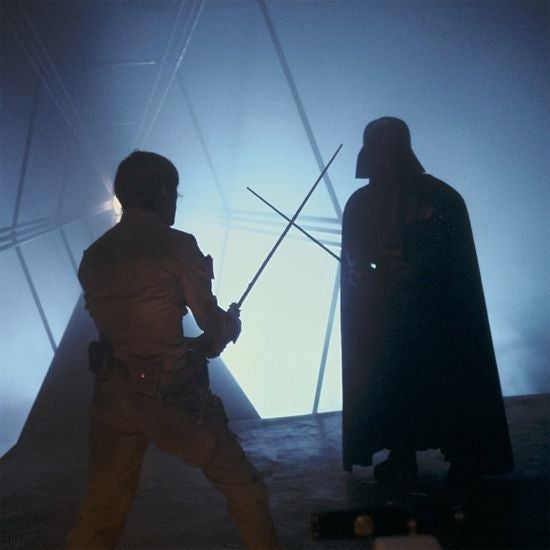