One of the comic book industry's true rising stars, Kelly Sue DeConnick, has been turning the heads of fans and critics alike over the past four years with her work on such series as Captain Marvel, Avengers Assemble, Ghost and the creator-owned Pretty Deadly. Last week, the newest DeConnick-scripted title hit comic book shops, another creator-owned work (with the greatest name ever), Bitch Planet. Working with artist Valentine De Landro, Bitch Planet follows a group of women in prison (with a sci-fi twist).

With the arrow of her career trajectory firmly pointing up, we thought we'd take a look at the highlights of DeConnick's career thus far and rank her five very best storylines. 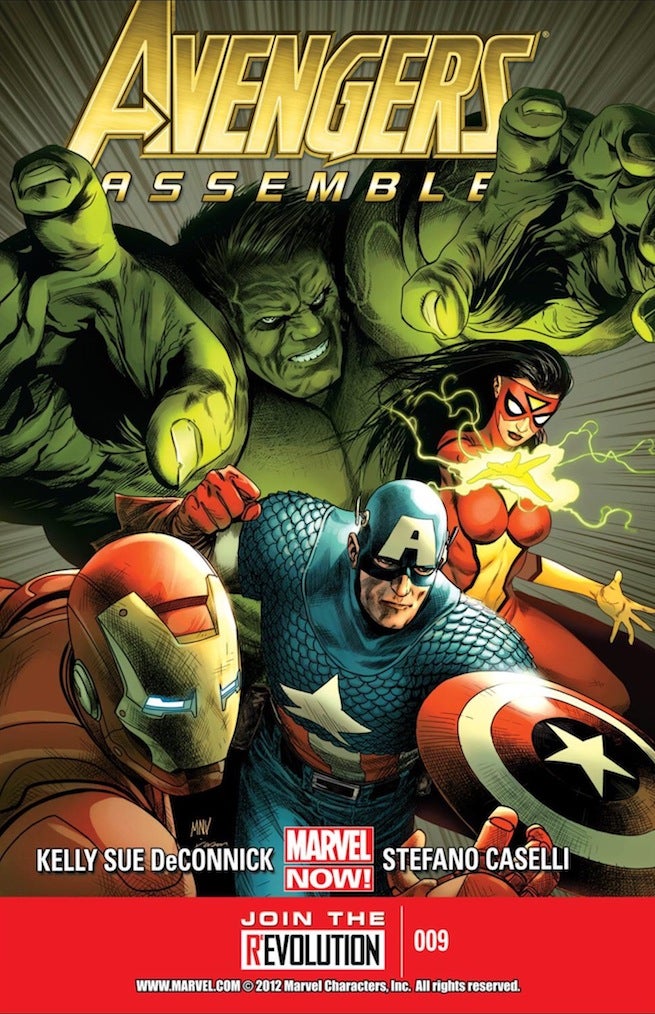 DeConnick's first arc on the Avengers spinoff title, Avengers Assemble, is a fast-paced and fun read starring "Earth's Mightiest Heroes" most famous scientists, Tony Stark and Bruce Banner. DeConnick captures the spirited rivalry and camaraderie of the two character's who both view the power of science through different lenses: Stark fittingly favors the power of technology and machinery, while Banner values science on a more biological level. The two engage in a contest to track down a mutual associate who went missing in Antarctica. Loser has to walk through the middle of Manhattan in the buff. Of course with this being an Avengers story, all heck breaks loose and the world is put into peril, meaning Tony and Bruce have to put aside their machismo to save the planet.

DeConnick demonstrates she's more than capable of scripting straight up superhero drama throughout this arc. "Science Bros" is definitely a character-centric story, where the actual plot may come across as slightly derivative or been there/done that. But the way she captures Tony and Bruce is just so joyful, you really don't care that you probably read this conflict in another iteration years before. 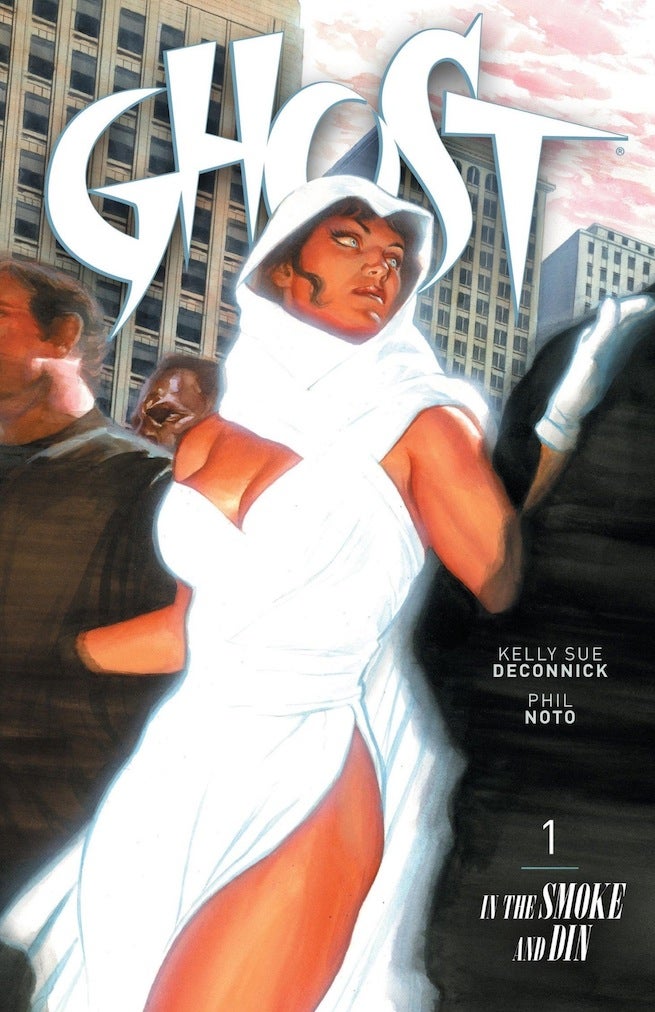 After Dark Horse Comics revived its Ghost title in 2012, DeConnick was brought aboard to script a four part miniseries focusing on paranormal investigators Vaughn and Tommy, who stumble upon a mysterious woman clad all in white who they believe to be the legendary specter Resurrection Mary. Instead, they find the woman is an amnesiac with connections to a deep-running political conspiracy (with some black arts mixed in).

In what has become a trademark of DeConnick's, her lead heroine exudes strength and confidence, without it coming across as being heavy handed or demonstrative, making the character's gender ultimately irrelevant. And the story keeps the reader engaged by producing a fast-paced narrative that peels back layer after layer of corruption and scandal. 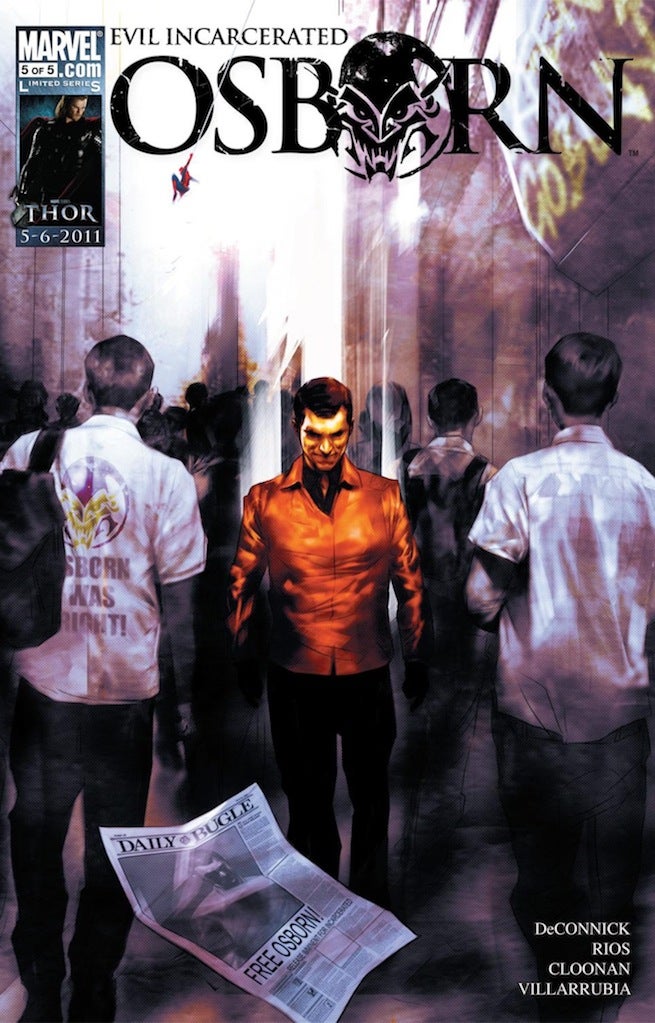 As part of the Spider-Man "Big Time" event (where Dan Slott took over as the full time writer of the flagship book, Amazing Spider-Man), DeConnick was tasked with writing a miniseries about Spidey's greatest adversary, Norman Osborn. Osborn was fresh off of  attempting to take over Asgard and getting stopped by the Avengers (and thrown in a high security prison) during the Siege event. This five part miniseries tells the story of Osborn's time in the clink and his successful attempt to beat the system.

In what turned out to be her first major multi-part storyline for Marvel, DeConnick's script nailed the unabashed villainy of Osborn. Norman is at his manipulating best, while also exuding delusions of grandeur. Plus, DeConnick's keen look at the levels of political corruption that have helped a criminal like Osborn persevere, add another layer of intrigue to the story. 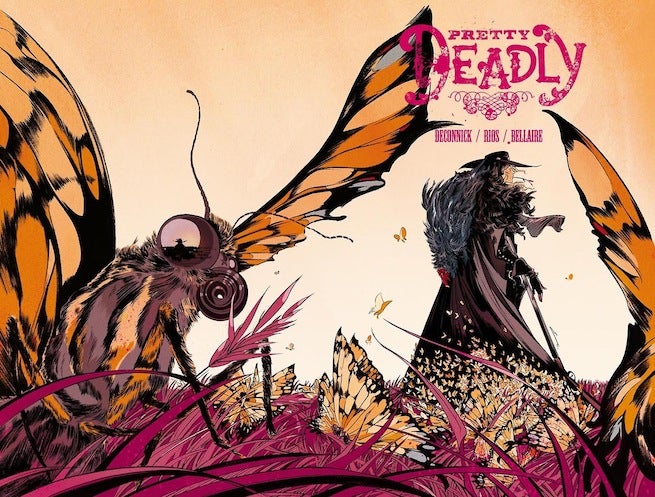 DeConnick's first major foray into creator-owned territory is as ambitious as it is polarizing. Pretty Deadly, a revenge tale starring the daughter of Death, mixes elements of western, horror and epic fantasy – an odd combination if there every was one. Critics have frequently pitched this book as being "Sandman meets Preacher," probably the best description one can truly conjure up for this weirdly wonderful story, which is told from the perspective of a rabbit and a butterfly.

More than anything else, Pretty Deadly asks its readers to work a bit. It requires multiple readings to catch its many layers of imagery and symbolism. As such, some deride the series and DeConnick's writing as being pretentious and incoherent, but that's a glib assessment. DeConnick demonstrates a level of creative chemistry with the book's artist, Emma Rios (who also pencilled Osborn), that very few writer/pencillers exhibit in this industry. Pretty Deadly's visuals are haunting and savage. The story is memorable yet enigmatic. Collected in trade paperback form, it's a prime example of how the graphic novel can function as a high artform. 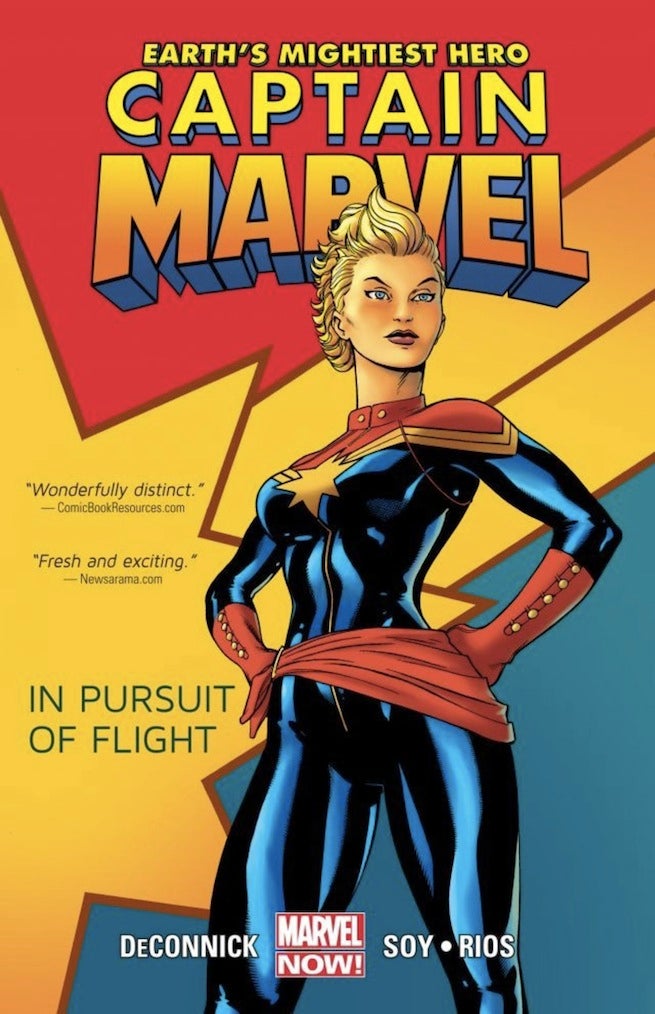 The book that made critics and readers recognize DeConnick as a rising star in the comic book industry, the first six issues of the Marvel Now relaunch put an entirely new spin on the classic heroine Carol Danvers. Losing the garishly impractical thigh high boots and dropping the "Ms." From her name in favor of "Captain," Danvers brings a new sense of pride and verve to the classic cosmic character.

The very first arc of DeConnick's arc is a riveting mystery tale involving time travel and a group of female fighter pilots known as the Banshee Squadron. But the larger theme throughout the arc, and the entire 17-issue run of this series (which rebooted earlier this year) is how Carol adjusts and reflects on the responsibility of being Captain Marvel.

DeConnick's script just oozes love and admiration for the Danvers character, and the book has become a cult hit with fans, who have adopted the name "Carol Corps" for themselves. This new interpretation of Danvers will also serve as the inspiration for Marvel's upcoming Captain Marvel film, which the studio has confirmed will star Carol in the titular role rather than the Kree warrior Mar-Vell who was first introduced during the building of the Marvel Cosmic-verse in the 1970s.