This will be a huge week for comic book fans as CW’s two premiere comic book television shows, The Flash and Arrow will connect, with part one airing Tuesday night during The Flash, and the finale showing Wednesday with Arrow. This historic crossover will bring Flash and Arrow and both of their respective supporting casts together to solve a murder mystery. And based on the teasers for the episodes, these two DC icons might be fighting each other in addition to working together.

To commemorate this major television moment, we took a look at five key Flash/Green Arrow crossovers/team-ups. Despite the fact that both characters have been members of the Justice League of America (Flash being a charter member and Green Arrow being the first hero invited to join) for decades, the two have historically never seen eye-to-eye in terms of ideology and crime-fighting ethics. As a result, whenever Flash and Green Arrow get together, the stories tend to be tense and confrontational. These five stories illustrate the dynamic, and may potentially provide some insight as to what to expect Tuesday and Wednesday. 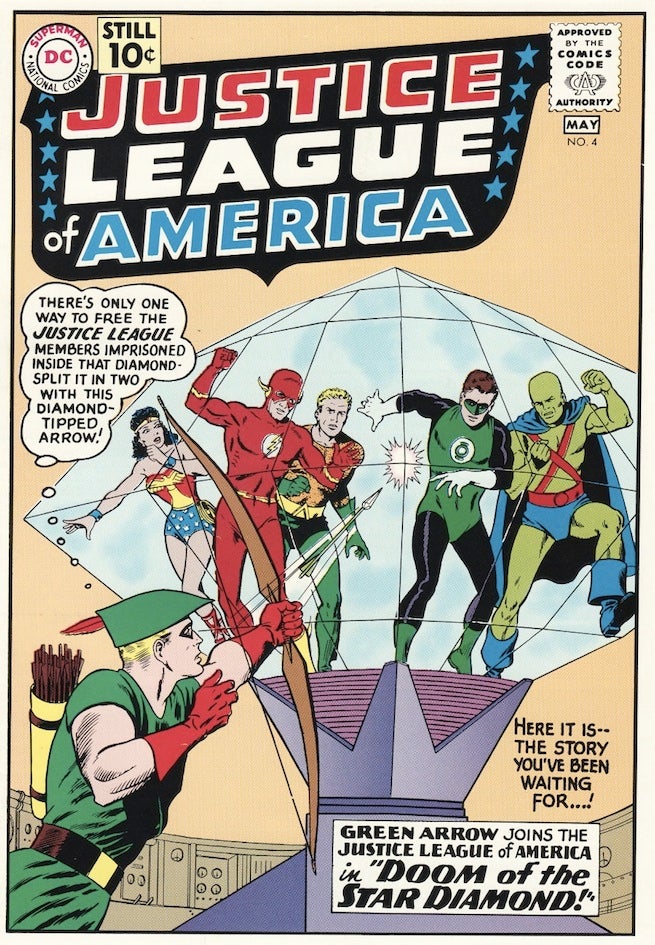 While these two issues are not technically a part of the same storyline, they are both key Silver Age issues that depict the Flash and Green Arrow working side-by-side for the first time. In Justice League of America #4, the superhero team, which already includes Barry Allen as a charter member, invites Oliver Queen, the Green Arrow, to join the league. However, before Oliver can even formally introduce himself to his new teammates, he is kidnapped by the villain Cathan to serve as bait for the rest of the league. After the rest of the Justice League is captured, Green Arrow proves his immediate worth when he uses a perfectly aimed diamond-tipped arrow to free the  team, earning an official nomination.

The love affair between Oliver Queen and the Justice League is short-lived as the heroes accuse Green Arrow of treachery in the very next issue. In Justice League of America #5, the team puts Oliver on trial for allegedly helping some of their worst deadliest enemies, Clock King, Dr. Destiny and Flash rogue, Captain Cold, escape capture. Of course, it’s all a superheroic misunderstanding and the Arrow’s name is eventually cleared. 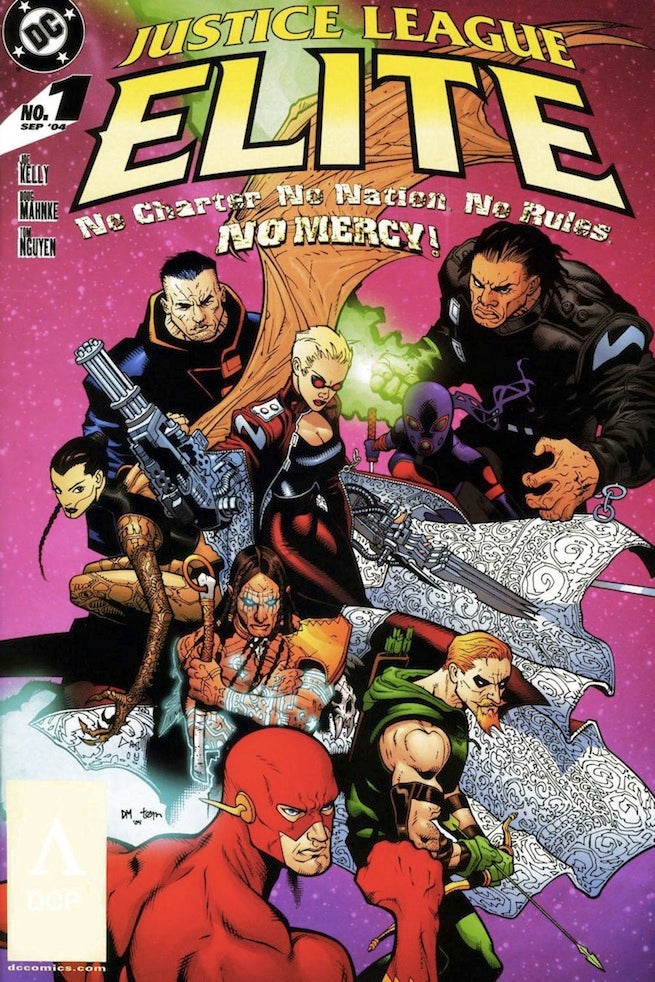 This 2004-05 limited series written by Joe Kelley, with art from Doug Mahnke, introduces a new Justice League team designed to handle more covert (i.e. ethically questionable) missions that the main JLA wouldn’t handle. Oliver and the second Flash, Wally West, were the two “A” list inclusions for the team, while the rest of the membership consisted of second-stringers like Sister Superior and Coldcast.

In addition to being one of the stars of the group, West’s involvement with Justice League Elite was particularly interesting since he had long been portrayed as one of the more conservative members of the DC Universe (in contrast to Green Arrow). However, because of the events of Identity Crisis and other JLA storylines from this era, West was depicted as having a crisis in confidence in the league. As such, the first half of Justice League Elite specifically focuses on West’s conflicted emotions about being on the team, even putting him in a black costume for the series to represent his darker character turn. 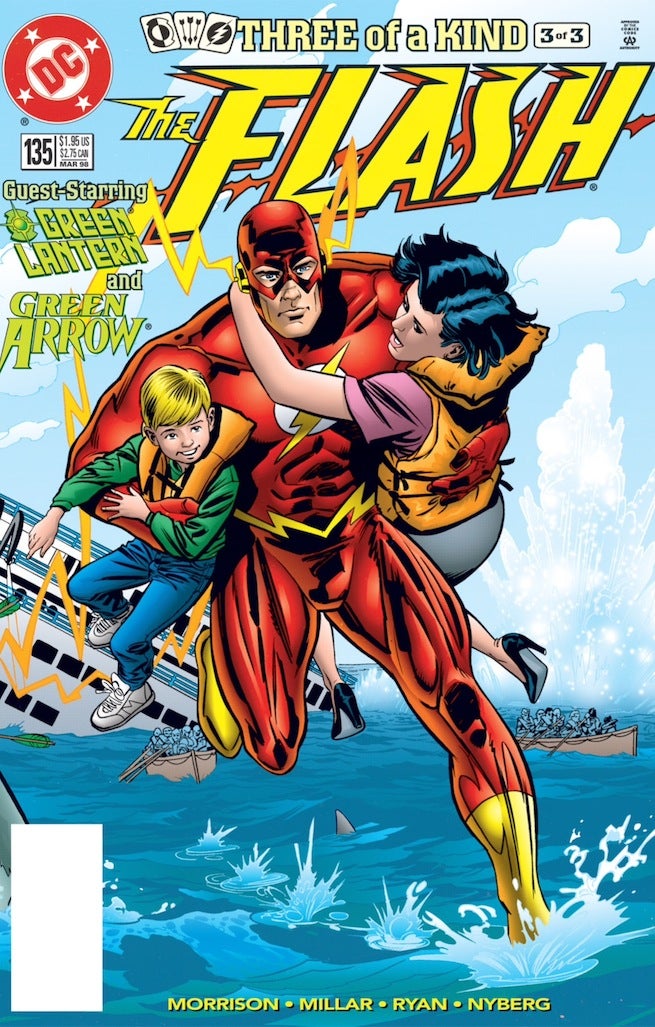 This late-90s crossover brought together three second string heroes, Wally West, Connor Hawke, the second Green Arrow, and Kyle Rayner, Hal Jordan’s successor as the Green Lantern. In this story, the trio ends up in a courtroom after they fail to save dozens of passengers aboard a ship that was attacked by the villains Sonar, Heat Wave and Hatchet. When it looks like the criminals’ sleazy lawyer is about to get them off the hook, Connor uses his knowledge of the law, while Wally contributes some speed reading to find a loophole in the case, putting the crooks behind bars.

The arc’s final installment in Flash #135 takes place during the underrated Mark Millar/Grant Morrison run on the title. The duo add a bit of a quirky flair to the comic, making this story worth seeking out for fans of either Millar or Morrison. 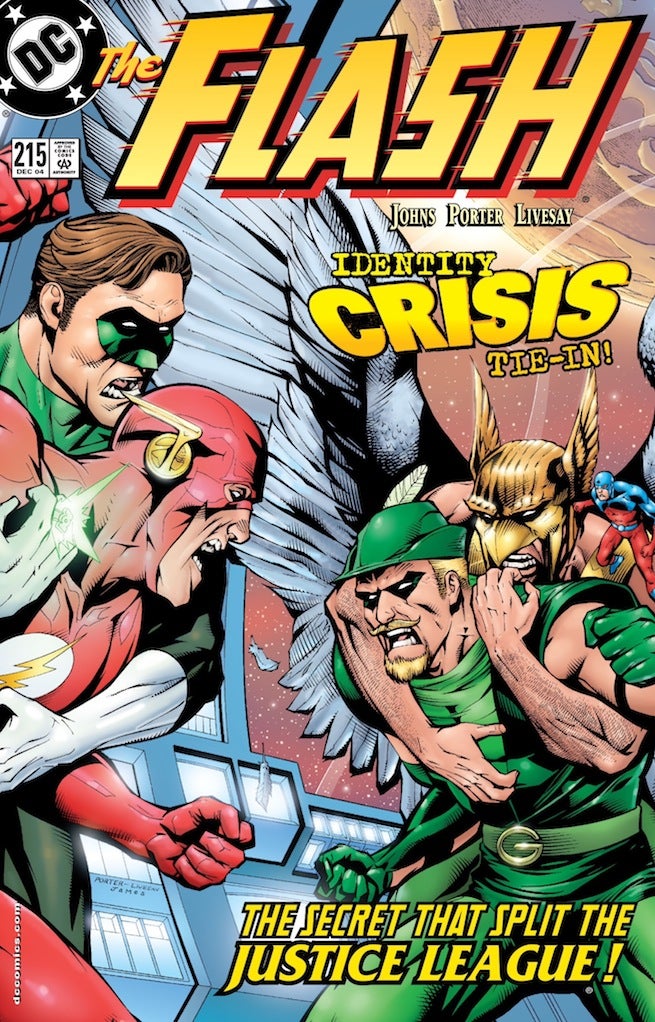 The Justice League was shaken to its core during the Identity Crisis event when it was revealed that the team had willingly agreed to “mind-wipe” Doctor Light after it was discovered that he had raped Sue Dibny. In this Flash Identity Crisis tie-in arc, Oliver hands Wally a letter from the (then) late Barry Allen sending the Flash’s life into greater turmoil. Within the letter, Barry defends his part in the Doctor Light mind-wiping, and then proceeds to own up to another incident involving the villain, the Top. Barry admits that he convinced the league to cast the same mind-wiping spell on the Top because his behavior was becoming increasingly more erratic. Wally is then charged with helping the Top restore his sanity.

The incident causes a major crisis in confidence in Wally (see entry No. 5) and while he’s always been inherently more trusting and naïve than Oliver, “The Secret of Barry Allen” marks the moment where West starts to inch ideologically closer to Green Arrow. 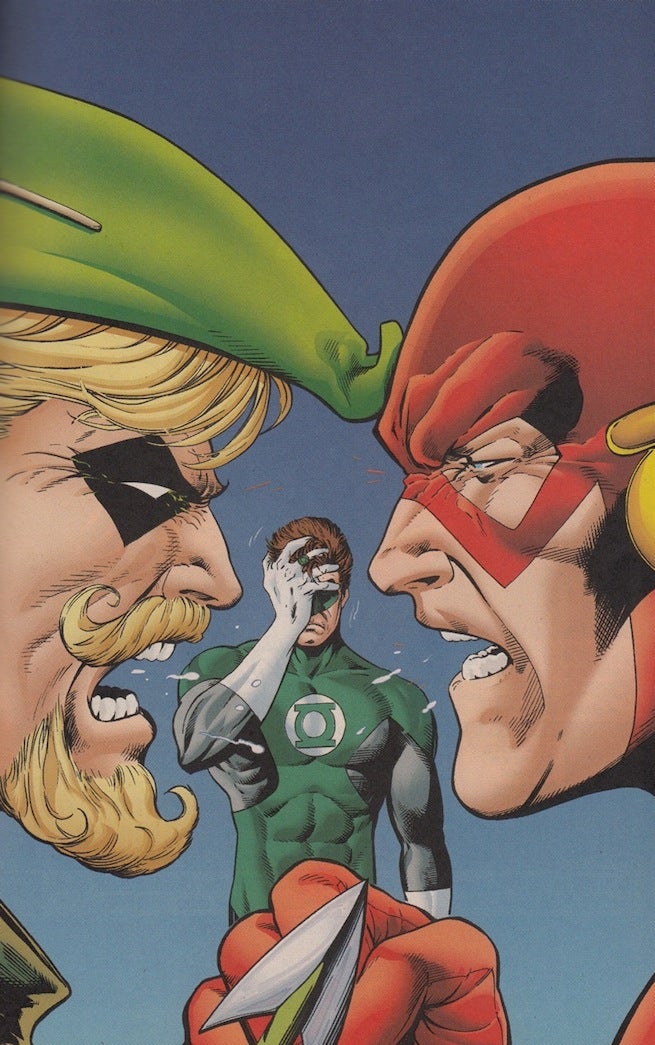 This 1999-2000 miniseries from Mark Waid and Tom Peyer is a flashback story highlighting the budding bromance between Hal Jordan and Barry Allen. But the fourth issue introduces Oliver into the mix as the smart-alecky third wheel to very great comedic and (later) dramatic effect.

Of course, Green Lantern and Green Arrow are no strangers to being best buddies, as the two co-headlined a book during the very famous Denny O'Neil/Neal Adams run in the 1970s. When Arrow shows up in Brave and the Bold, he immediately starts irking the more conservative, Allen by mocking Jordan and his more idealistic views, calling him a puppet to the Guardians. As the story continues, the trio find themselves aligned in fighting Captain Cold and Mirror Master. However, Oliver proves to be a sentimental guy underneath the snarky exterior when both he and Barry find themselves under heavy fire and he urges Green Lantern to help his “best friend” Flash. Arrow’s moment of sacrifice ends up saving everyone, and brings Flash and Green Lantern closer together, cinching the two as the greatest bros in the DC Universe.