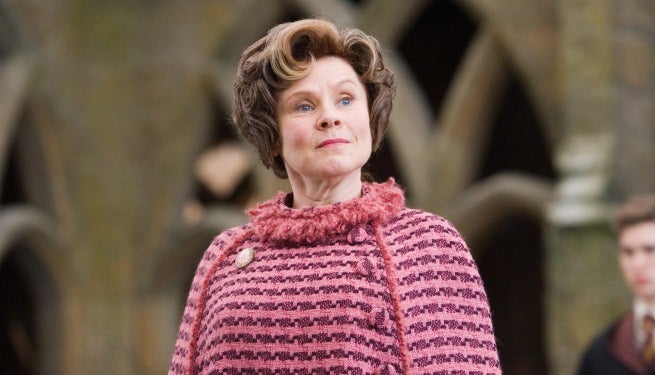 J.K. Rowling will publish a brand new story set in the world of Harry Potter on Pottermore this Halloween.

The story will focus on Dolores Umbridge, the witch from the Ministry of Magic who also served as the Defense against the Dark Arts teacher for Harry’s fifth year at Hogwarts.

The character was first introduced in Harry Potter and the Order of the Phoenix, and served as that novel’s primary antagonist. The Undersecretary to the paranoid Minister of Magic, Cornelius Fudge, Umbridge was charged with reforming the education system at Hogwarts, which allowed her to tighten the Ministry’s grip on Albus Dumbledore’s doings.

"The new exclusive J.K. Rowling content provides a rich, 1,700-word back story about Umbridge’s life filled with many new details, as well as Rowling’s revealing first-person thoughts and reflections about the character," according to Pottermore.

A New Harry Potter Story to Be Published On Halloween