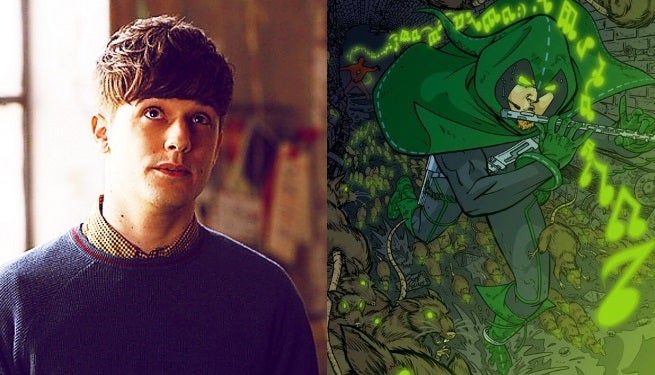 Andy Mientus has been cast as the rogue Pied Piper in The Flash, according to TV Line.

The report notes that Pied Piper, real name Hartley Rathaway, is openly gay in the DC Universe, and that The CW will not be shying away from that fact when they bring him to television.

In The Flash TV series, Piper will be a protégé of Harrison Wells who lost his hearing in the particle accelerator accident. This drives him to build an arsenal of sonic weapons to use to seek revenge against wells and his new protégé, the Flash.

Mientus is best known for playing Kyle Bishop on NBC’s Smash, and is currently performing in a Broadway revival of Les Miserables. He will appear as Pied Piper in the 11th and 12th episodes of The Flash.

The Flash airs Tuesday nights on The CW.

Andy Mientus Cast As Pied Piper On The Flash

John Cena Wrestled After WWE Raw Went Off The Air

Disney Princess Apple iPhone Collection Is About to Launch from Casetify

Best Look At Batman's Motorcycle In The Flash Revealed