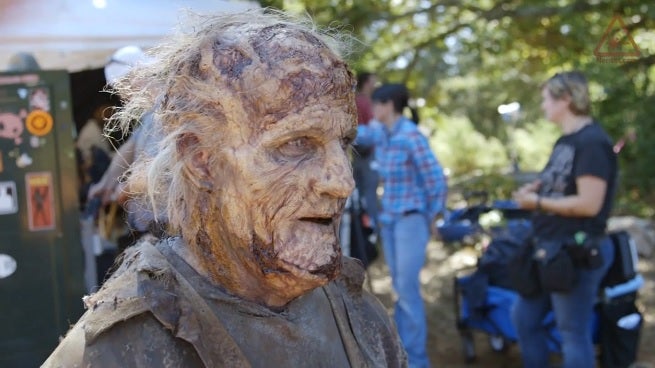 Anthrax frontman Scott Ian, host of Nerdist's Scott Ian's Bloodworks, spent some time on the set of AMC's The Walking Dead recently -- and was made up as a walker on the hit zombie drama.

In spite of a closed set with a lot of secrecy, Nerdist managed to swing not only getting Ian into a scene on The Walking Dead, but showing off his makeup (seen above).

You can check out the Bloodworks video below.

Bloodworks episodes are released via the Nerdist website. The Walking Dead airs Sundays at 8 p.m. ET/PT on AMC.

Anthrax's Scott Ian Gets A Cameo On The Walking Dead