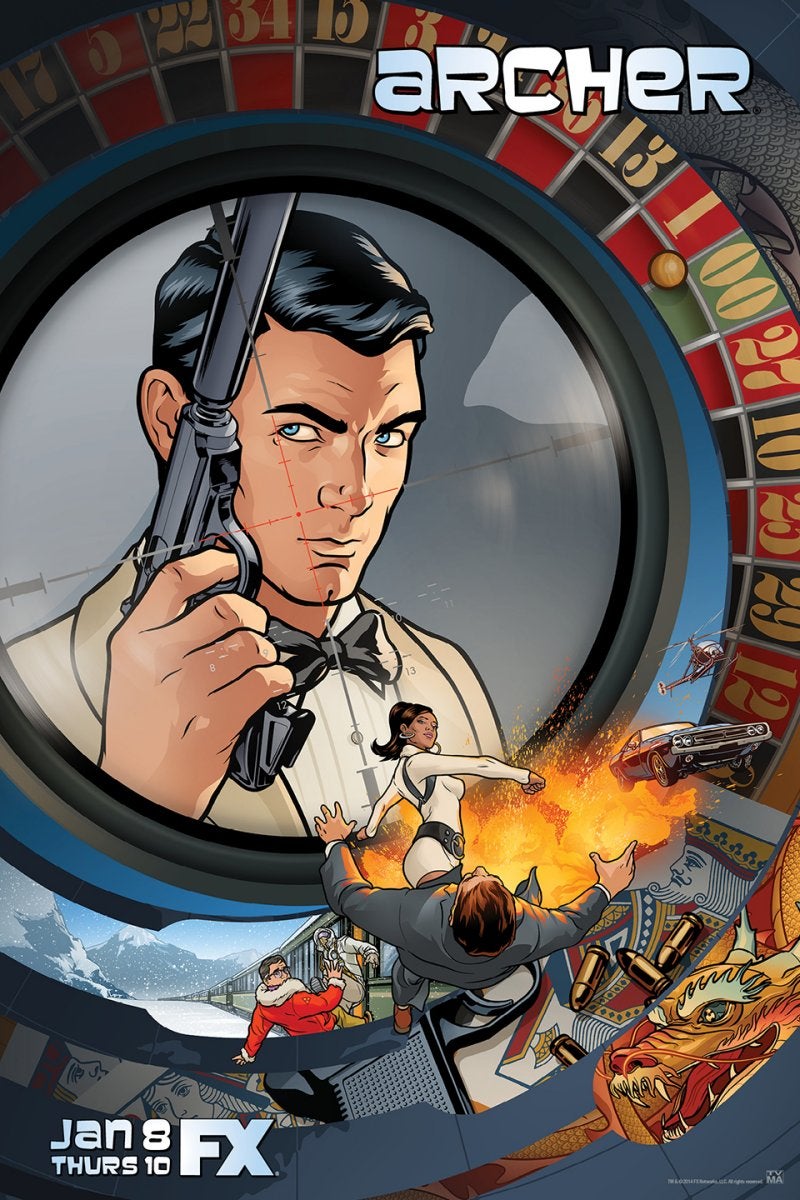 The sixth season of Archer premieres on January 8, 2015 and FX is offering a sneak peek, The Daily Beast reports.

In six new “Certified” videos, mad scientist Krieger is training the Archer characters for their new duties in the sixth season.

Archer is an animated, half-hour comedy that revolves around a spy agency and the lives of its employees. Although their work of espionage, reconnaissance missions, wiretapping and undercover surveillance is daunting and dangerous, every covert operation and global crisis is actually just another excuse for the staff to undermine, sabotage and betray each other for personal gain.