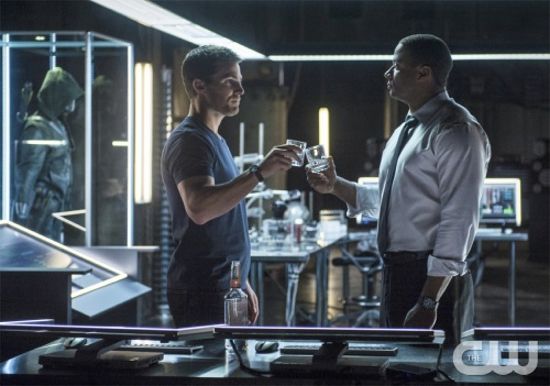 The day after Marvel's Agents of S.H.I.E.L.D. hit another season low in the ratings, The CW's Arrow, based on the DC Comics character Green Arrow, earned its biggest numbers of the year in an episode that revolved around Black Canary and the League of Assassins.

The show remains one of the top performers on The CW, and is serving as a strong lead-in most weeks to The Tomorrow People, the show which follows it; that series has a small, dedicated fan base but casual viewing appears tied to Arrow in a big way; last week, it had a series low when Arrow had its season low, and this week, it's up again.