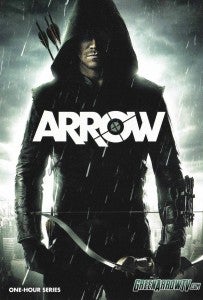 The series premiere of Teen Titans Go! will be screened at WonderCon in Anaheim later this month, as part of a Warner Bros. Television presentation that spans the weekend and also includes panels for Arrow and Revolution. Friday, March 29 will see a special screening consisting of new episodes of Arrow, Revolution, Teen Titans Go! and The Following as a kind of preview night to the weekend. The following day, Revolution and Teen Titans Go! will have panels at the convention, followed by a signing appearance by members of the Teen Titans Go! cast at the DC booth. Sunday, Arrow will have a panel followed by a signing by members of the cast at the DC booth. Here are the details, courtesy DC Entertainment: