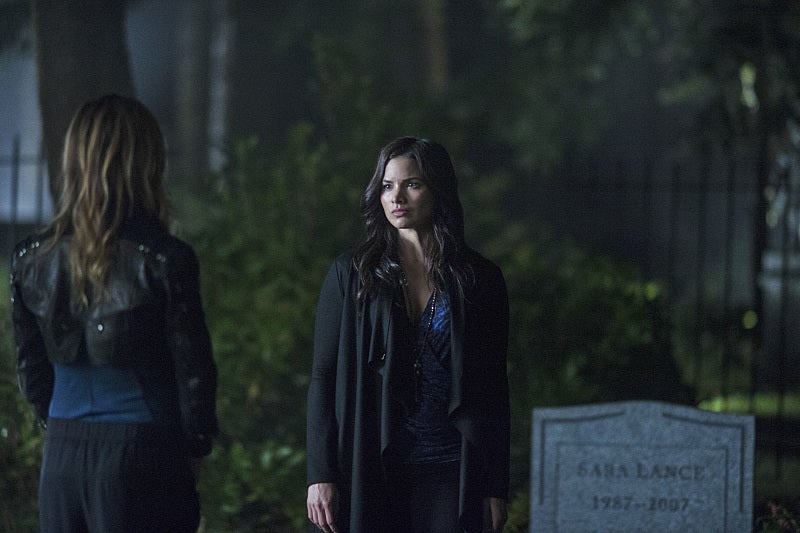 Oliver and Team Arrow had to inform her that Sara had been killed (and nobody thought to contact the League of Assassins to let her know -- oops).

Sara, as it turns out, had been hunting Malcolm Merlyn, whom the League of Assassins had discovered was still alive. Nyssa spends the rest of the episode convinced that he is responsible for the death of her beloved, and swears to bring him to justice.

Along the way, she makes a stop by Sara's grave site, and speaks in Arabic to the stone.

Like most Americans, I don't actually speak Arabic, so I had to do some asking around (read: "asked executive producer Marc Guggenheim if he would save me the trouble of finding a translator) to find out just what it was Nyssa had said -- and while it's not exactly a spoiler, it's certainly worth knowing for context.

"On my life, I will see the one who did this to you brought to swift and terrible justice."

Of course, Nyssa's father is not interested in any such vendetta. So it will eventually come down to whether she's out for Sara's killer, or to follow her father's rules...especially if, as Oliver believes, it's eventually revealed that it wasn't Merlyn who killed Sara Lance.

Arrow: What Did Nyssa Say at Sara's Grave?