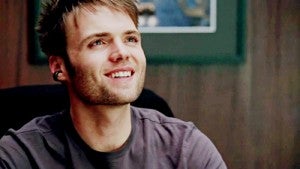 It seems as though The Count, Arrow's version of Count Vertigo and identified when he was cast as the first season's "big bad" on the hit CW series, won't be killed when his story ends in 2013--because the actor who plays the character told Collider that it's not unlikely he'll be back.

"Oh, definitely! It’s very possible that I’ll make future appearances, and it’s something that I would absolutely love doing," Seth Gabel told the site when asked about the possibility of his character coming back for another go-'round with Oliver Queen.

His other thoughts on Arrow are below: