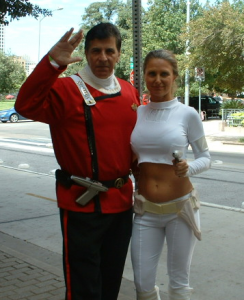 I've got a weakness for the classics, sorry.[/caption]

So, with the ST: TNG reunion going on, not to mention all of the actors' individual panels going on, fans at WizCon faced some tough choices.  You could stand in line for two+ hours to get into their panels which, judging by how we could hear the crowd laughing and cheering at Patrick Stewart four rooms away, were fantastic; or you could go to some of the more obscure but still entertaining and remarkably educational panels and also spend some time downstairs on the floor to either be watched or people watch.  Your humble correspondent chose both the lineless panels and to people watch.  While TNG uniforms dominated the crowds,  the photos below are from other fandoms, because choosing the best Riker/Random Captain from dozens was hard, while these lovely, patient people all stood out.

Except for the Weeping Angel.  Not sure how she got on here.  But she definitely wasn't getting closer.  I'm pretty sure.  And that fox was kind of shady too... 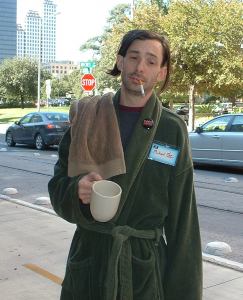 Not even inside the convention center and the world's already ended. But we didn't panic.[/caption] 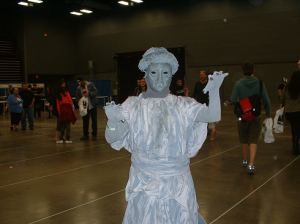 Fortunately for us all, there were a lot of eyes to go around.[/caption] 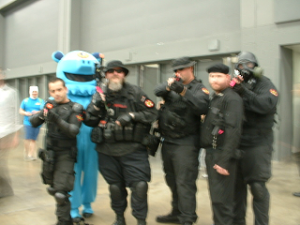 And if that failed, the security was top notch.[/caption] 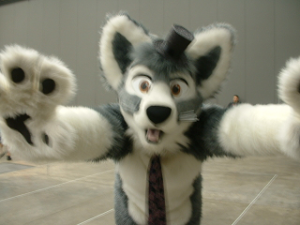 A red hood might have come in handy though[/caption] 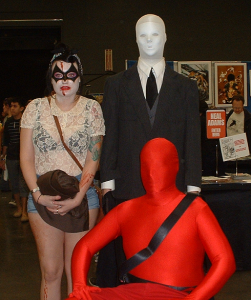 Okay, it's not the Red Hood, but I felt much safer with seatbelts fastened and anonymity preserved.[/caption] 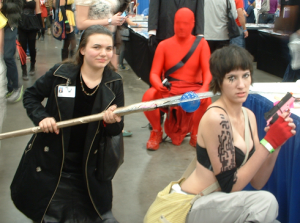 But it's hard to take precautions with trickster gods about.[/caption] 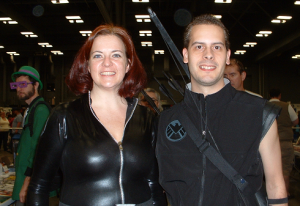 Or even plain human tricksters, creeping up on our dashing heroes.[/caption]

Okay, the tricksters' helmets were taller than me: time to run.[/caption] 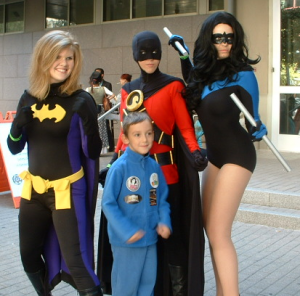 The presence of most of the Bat Family helped.[/caption] 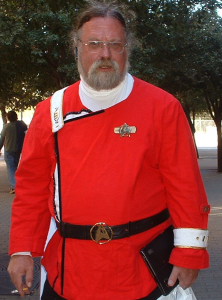 And of course, the Federation wouldn't let things get too out of hand, even if there were some illegal Cardassian cigarettes floating around.[/caption] 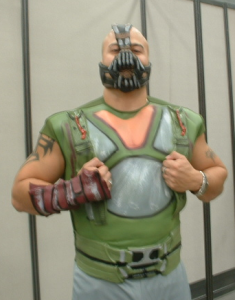 Not that we lacked for chaotic evil...[/caption] 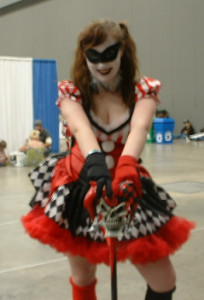 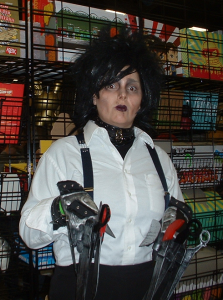 And then there are those true neutrals.[/caption] 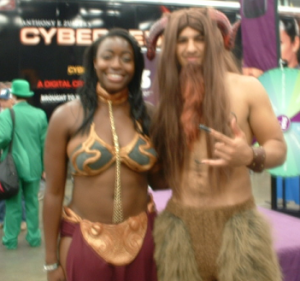 Enough judging of others: bring on the slave girls and satyrs![/caption] 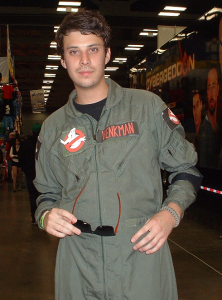 Which is just the sort of party that Peter Venkman's looking for.[/caption] 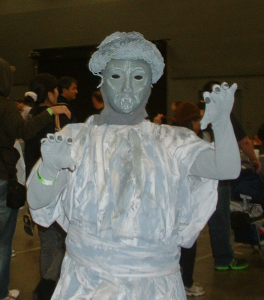 And maybe I should call the Ghostbusters about this whole angel thing.[/caption]

Thanks to all of these good sports, and more images to come tomorrow (with much less shaky cam, I promise).

Austin Comic Con: Here There Be Cosplay (and Weeping Angels)