producer Wesley Coller appeared in his home state to deliver the commencement address at Eastern Michigan University and, along the way, spoke briefly with a few local news outlets about the upcoming sequel, commonly being referred to as Batman vs. Superman.

Coller, a longtime friend and collaborator of director Zack Snyder, talked with at least two Michigan news outlets, but Comic Book Movie rounded up the coverage to give an overview.

"Because we’ve historically done fan favorite fare – Watchmen, we remade Dawn of the Dead – I’ve developed a pretty good perspective on this," Coller told MLive when asked about the fanatical--and often not good--reactions that fans have to any given piece of news. "Anything you do that’s culturally significant, or any time you deal with an iconic character or story, you’re going to hear responses from every possible perspective. So nothing surprises me anymore. If anything, that gauges the relevance of a property or character, and it’s invigorating to know people care that much. It inspires you to make the coolest version of the movie that you can. Ben is the perfect fit for Zack’s vision for this story." 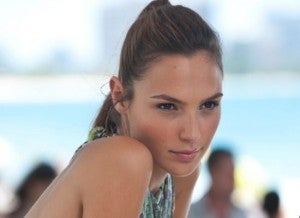 "Not a day goes by that I don’t think wow, people are really on fire with that idea or that concept or that character," he added in a conversation with the Detroit Free Press. "It makes me excited to do what I do. It also makes me think the responsibility is in our hands to make something cool and fun."

"[My daughter’s] favorite book is this little Wonder Woman flip book," he added to MLive when asked about the pressure to get Wonder Woman in particular right on film. "It has the lasso, the invisible plane, the bracelets – every page has an image she’s just in awe with. And something that’s become a reality, being a dad with a new daughter, is that I have a special place in my heart for the idea of a strong, empowered female superhero being out there."

Asked about the possibility of a Wonder Woman solo film in the offing after Batman vs. Superman, Coller was careful with his words: "We’re super excited to have her in the film, it will be a ton of fun. But at the same time, we’ve got to stay focused on the film we’re working on now."

Batman vs. Superman Producer on Wonder Woman Movie: We Have to Focus On This First