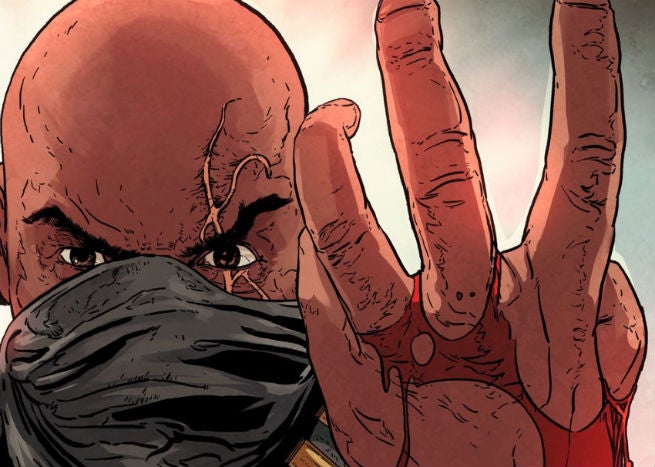 The Arrowverse version of the DC Comics supervillain Black Adam appears in the latest issue of Arrow Season 2.5.

In the lead story, The Arrow heads to St. Walker's Church (itself a dandy wink-and-a-nod for DC fans) to confront the new Brother Blood, while in the Suicide Squad backup story, we're treated to a kind of bin Laden-inspired guerilla video threat from a revolutionary claiming that he cannot be hurt or killed. 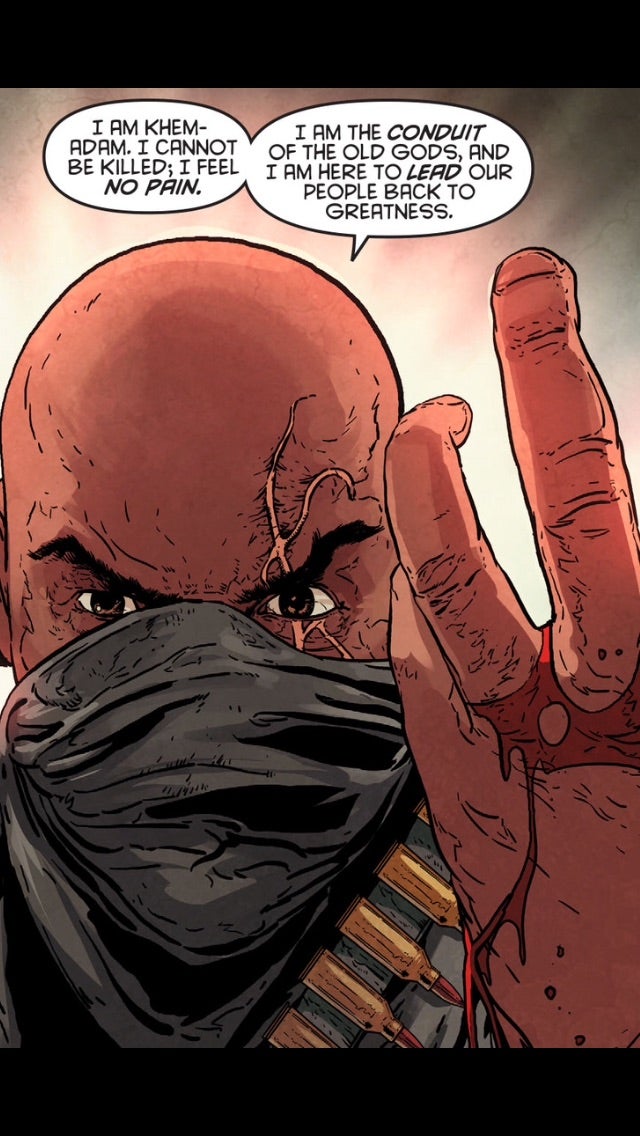 Khem-Adam is one of a number of names taken by Black Adam over the years. Khem-Adam literally translates to "Black Adam," and was bestowed upon Adam (actually named Teth-Adam) following his death at the hands of the wizard Shazam. Prior to his death, Teth-Adam had successfully taken over Kahndaq.

In spite of the introduction of metahumans in the world of The Flash, Arrow has kept the series fairly grounded this season so far and producers suggest that's the plan going forward. Whether Adam will have actual powers in the comic is difficult to say -- but probably unlikely.

While Khem-Adam has never been referenced on TV, Kahndaq was name-dropped in the "Suicide Squad" episode of Arrow last season as well as in tonight's episode of The Flash. If this version of Adam is indeed de-powered and simply a freedom fighter, it could be that he could be introduced on Arrow down the line in order to help create brand awareness for the upcoming Shazam movie, in which Dwayne Johnson will play Teth-Adam. Historically, DC has been shy about putting the same characters on TV and film at once, but they're obviously making Batman V Superman: Dawn of Justice at the same time as Gotham and a movie based on The Flash at the same time as the TV series.

"That’s the other thing we’re always trying to do, which is, what stories and moments that we can show in the comics that we couldn’t show on the show because of budget and logistical limitations?" Executive Producer Marc Guggenheim told us of Arrow Season 2.5 during an interview at New York Comic Con. He also teased "some surprise guests" in the Suicide Squad backup.

...Yeah, they delivered on that score.

Note: Regular reader and commenter Mister_E is on fire this week.

Last week, he noted that there was a Blackhawks Easter egg in tonight's episode of The Flash, based on having noticed the logo for about half a second in the teaser trailer. Tonight, he brings us this one. Thanks again!