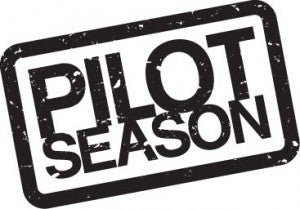 Let's call it the comic book version of LL Cool J's classic "Momma Said Knock You Out." Due to overwhelming demand, Top Cow's website was put to the canvas multiple days last week. The reason? Overwhelming response in the first round of Pilot Season voting. Pilot Season is one of the most original, interesting and fun concepts in our market. We at ComicBook.com look forward to it every December. Top Cow pulls together original concepts and creative teams who craft a pilot issue. Fans then vote on which title will continue. This year, there are eight pilot issues for viewers to vote. Voting began December 5th and steadily increased, as factions of fans began voting in droves. Some healthy competition caused Top Cow to expand their bandwith, but it wasn't good enough. The site went down. This is just another great example of the excitement and passion fans bring to Pilot Season," commented Top Cow Publisher Filip Sablik, "The number and velocity of votes completely exceeded our expectations and this is the sort of high class problem you don't mind solving. All of us at Top Cow are eager to see which Pilot Season competitor emerges victorious." Due to the outage, first round voting has been extended until December 31st at 11:59pm PST. After that, the top four titles enter the 2nd round. Also, on January 2nd, the top four vote getters will have the entire issue up on the Top Cow website to read in their entirety. Head over to www.topcow.com to check it out.