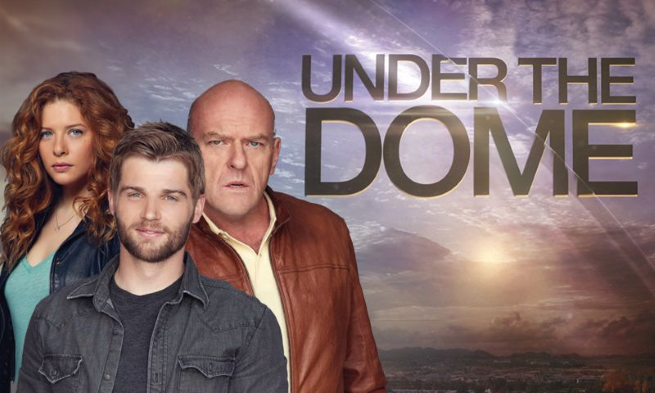 CBS has announced its lineup of panels for Thursday, July 24 at San Diego Comic-Con.

In Ballroom 20 from 11:15 AM-12:00 PM they'll host a panel and screening for Under the Dome. The hit summer series is back for its second season, with higher stakes and catastrophic developments that leave no one safe under the dome. The inhabitants of Chester's Mill must decide who to rally behind as Big Jim continues to fight for the town's trust and allegiance, all while resources dwindle and the post-apocalyptic conditions continue to intensify. There are new faces, bigger mysteries, betrayed alliances and monumental revelations about the dome, which will lead to a shocking discovery of what is behind it. Follow this journey back under the dome, where you can't always believe what you see and nothing is impossible. An exclusive sneak preview at what's to come in season 2 will be followed by a panel discussion with cast members Mike Vogel (Bates Motel), Dean Norris (Breaking Bad), Rachelle Lefevre (Twilight), Alexander Koch, Colin Ford and Eddie Cahill with Executive Producer Neal Baer. 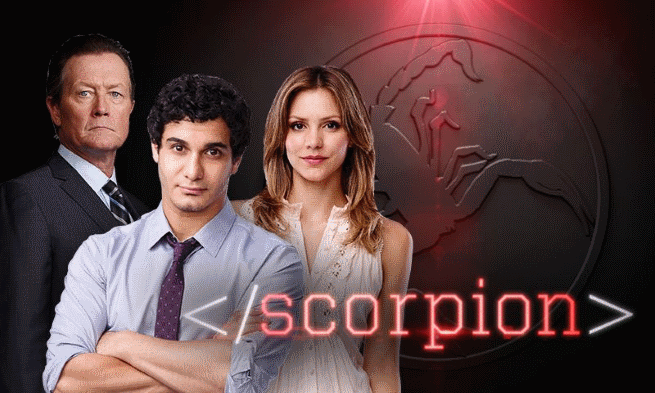 Immediately after, from 12:05 PM-1:10 PM, CBS will host an exclusive premiere screening and panel for Scorpion. Based on the true story of Walter O'Brien, an eccentric genius with the world's fourth-highest I.Q. who has created a company of brilliant misfits who use their mental muscle to defend the planet against complex high-tech threats of the modern age. In this high-octane thrill ride from the makers of Star Trek, Transformers, The Amazing Spider-Man 2 and The Fast and The Furious, O'Brien's team uses their exceptional brainpower to solve the nation's crises, while also helping each other learn how to fit in.  The exclusive screening of the pilot episode will be followed by a panel discussion with the real-life Walter O'Brien and series stars Elyes Gabel (World War Z), Robert Patrick (Terminator 2), Katharine McPhee (Smash) and Executive Producers Nick Santora, Nicholas Wootton, Alex Kurtzman, Roberto Orci and Justin Lin. The panel discussion will be moderated by Sandra Gonzalez, Senior Television Reporter at Mashable.com. 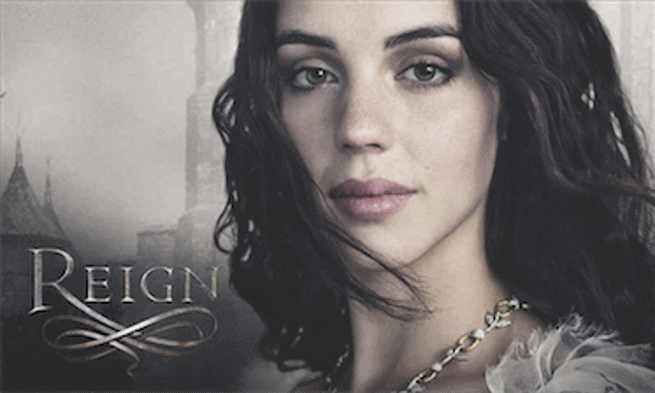 Lastly, from 1:15 PM - 2:00 PM, they will host a panel and sneak preview of Reign's second season. Mary and Francis will rule a nation burning with plague, famine and religious strife. Powerful lords will rise from the ashes, fears and superstitions will take terrifying forms and marriages deemed sacred will be violated, all as Mary tries to save herself and her friends, and Francis learns his true enemy might be his own family. An exclusive sneak preview at what's to come in Season 2 will be followed by a panel discussion with cast members Adelaide Kane (Teen Wolf), Megan Follows (Anne of Green Gables) and Toby Regbo (Mr. Nobody), along with Executive Producer Laurie McCarthy. The panel discussion will be moderated by Meeta Agrawal, Executive Editor at Entertainment Weekly.