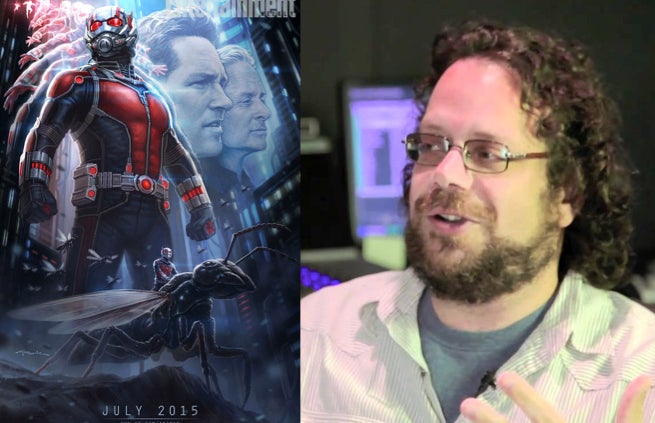 Along with a teaser trailer, a poster, and even new screenplay writers, Marvel's Ant-Man has also received a composer.

Christophe Beck has been officially tapped to provide the score for Marvel's upcoming film according to a report by Film Music Reporter. Beck has collaborated with Ant-Man director Peyton Reed in the past, providing the score for Reed's Bring It On in 2000. Beck has also provided the musical score for other tentpole films like Disney's Frozen, The Hangover, and Percy Jackson & The Olympians: The Lightning Thief (he also scored both Garfield films, but we're willing to look the other way).

Ant-Man, directed by Peyton Reed, stars Paul Rudd as Scott Lang/Ant-Man, Michael Douglas as Hank Pym, Evangeline Lilly as Hope Van Dyne, and Corey Stoll as Darren Cross/Yellowjacket. Paul Rudd and McKay wrote the screenplay, based off of a story by Edgar Wright and Joe Cornish.