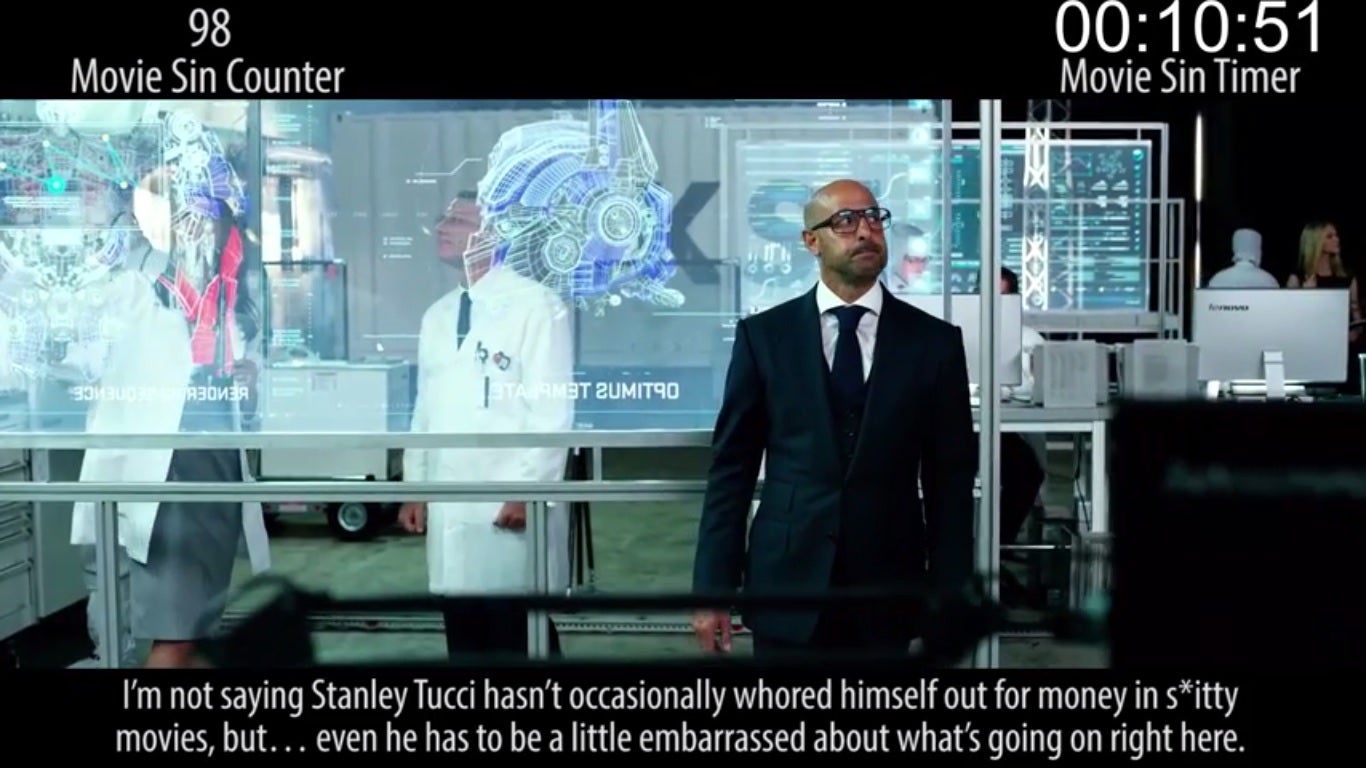 The folks at Cinema Sins have taken aim at Transformers: Age of Extinction -- and this year's biggest film at the global box office is so massive that it takes two videos and a half an hour to point out every mind-numbingly gaffe, mistake and bit of absurdity and Michael Bay trope.

You can check the videos out below. Transformers: Age of Extinction is now on Blu-ray.

We're going the Hollywood route and releasing this video in two parts. You can give us a sin for that, but frankly we had no choice. And at least we're releasing both parts at the same time.

Cinema Sins Needs Half an Hour To Point Out the Sins in Transformers: Age of Extinction