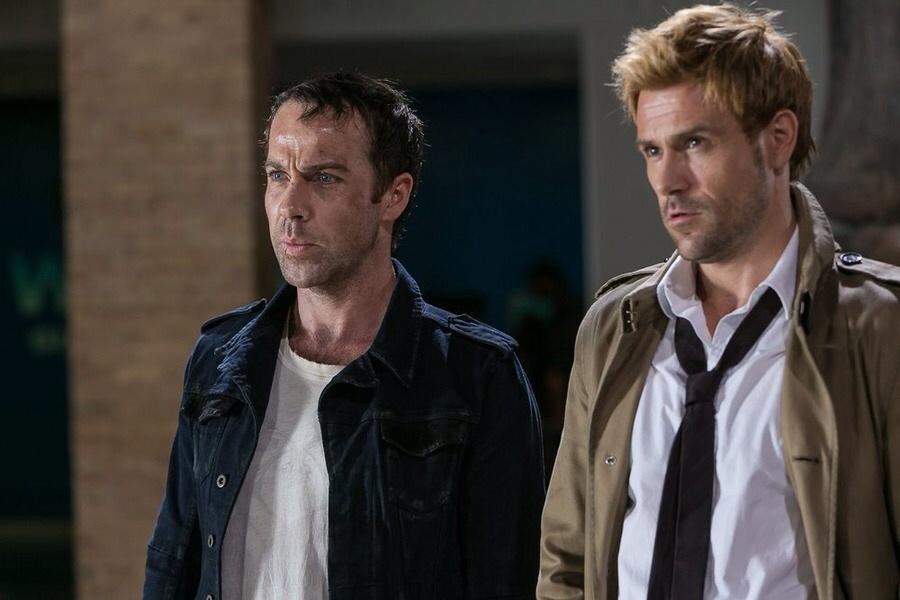 Jonjo O'Neill, an Irish-born actor who has appeared in Band of Brothers and Doctor Who, comes to Constantine next week as Gary "Gaz" Lester, and series star Matt Ryan has released two images via Twitter.

The first of three tweets actually came from the Constantine writers' room, but Ryan picked up the ball and ran with it, identifying O'Neill (possibly becuase a couple of fans had mistaken him for Emmett J. Scanlan, who has been cast as Jim Corrigan in the series).

New pictures from episode 4 floating around... Any #Hellblazer fans want to guess who that is next to #Constantine pic.twitter.com/JDGBIpNn9H

From ep 4z Who's dya think this is? pic.twitter.com/rxTBP3O0cc

Immediately, fans started to speculate that he may play Gary Lester, Constantine's long-suffering former friend and bandmate in the comics. After being possessed by a demon, Lester was consumed and destroyed when Constantine trapped the creature inside of his friend's body and became one of a number of spirits haunting Constantine for years.

The official synopsis for the episode is below.

A DEMON WITH A KILLER APPETITE IS UNLEASHED IN ATLANTA - JONJO O'NEILL GUEST STARS -- When Constantine's (Matt Ryan) old friend Gary Lester (guest star Jonjo O'Neill) accidentally releases a powerful demon in Atlanta, John is forced to determine exactly what he is prepared to sacrifice in his battle with the underworld.