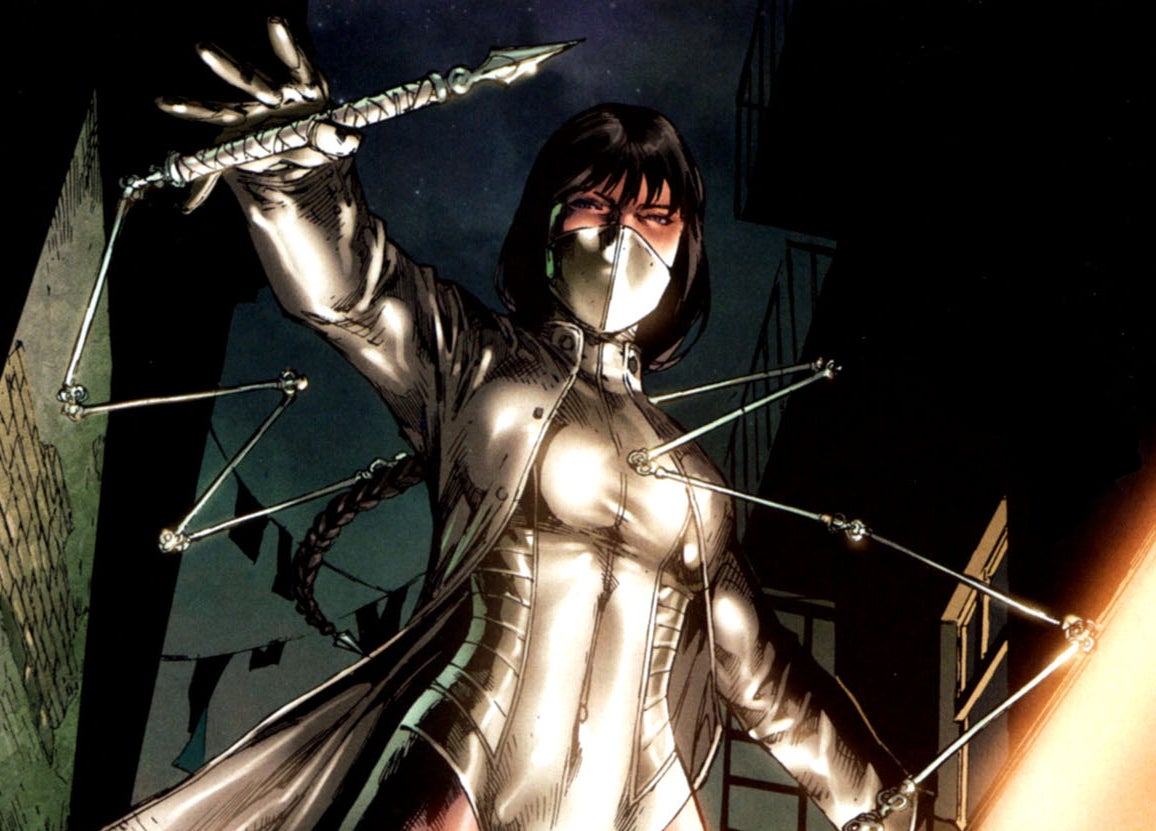 Sara Lance will return to life as the White Canary in DC's Legends of Tomorrow, launching at midseason on The CW next year.

But who exactly is the White Canary?

Well, in the comics, it's not Sara Lance at all. She's a character invented for Arrow.

Also, in the comics, she isn't a hero.

Created by Gail Simone and Ed Benes in Birds of Prey back in 2010, the White Canary is Black Canary's opposite number -- a villain bent on killing her and her teammates.

She's a sister to the Twelve Brothers of Silk. Lightning appeared on the day of her birth and killed her midwife, making Huang believe that something powerful wanted her to live.

She was trained by her brothers in the same techniques, and after their defeat at the hands of Black Canary she hunted them down and killed them for dishonoring their father's name. Taking on the mantle of White Canary, she traveled to Gotham and set up to blackmail Black Canary by revealing her secret identity and threatening to kill the other Birds of Prey.

After that defeat, White Canary would return, holding Black Canary's adopted daughter Sin as a hostage in order to force Black Canary into a duel to the death with the deadly Lady Shiva. Ultimately Shiva agrees to put their duel on hold after the other Birds of Prey rescue Sin and render the battle moot.

She first appeared around the time of Brightest Day, during which time a number of DC heroes and villains were brought back from the dead in all-white variants of their costumes and called White Lanterns. In Arrow, Sara Lance has close ties to Sin, being the version of Canary with whom the girl has a connection.

DC's Legends of Tomorrow: Who is White Canary?