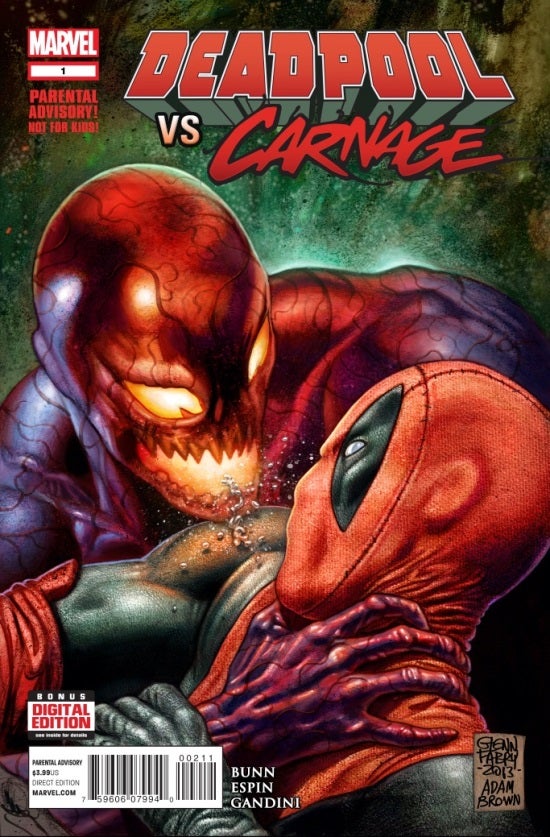 Crazy wears red this March in Deadpool vs. Carnage #1, from writer Cullen Bunn and artist Salva Espin. Carnage is on the rampage again and the authorities turn their last hope, somebody who might be able to match Carnage's madness, Deadpool. Here's the official synopsis:

This March, two crimson crazies collide in DEADPOOL VS. CARNAGE #1 – the bombastic new limited series from New York Times Bestselling writer Cullen Bunn (Deadpool Kills the Marvel Universe, Night of the Living Deadpool) and fan-favorite artist Salva Espin (Deadpool Kills Deadpool)! Carnage is on the warpath – moving across the country, butchering as he goes! The authorities are powerless. So how do you stop a psycho? Bring in another psycho! And you can bet this one is gonna be bloody! Don't miss one minute of the blood-soaked chaos this April as the Merc with a Mouth tussles with the Symbiote Serial Killer in DEADPOOL VS. CARNAGE #1! DEADPOOL VS. CARNAGE (FEB140810) Written by CULLEN BUNN Art by SALVA ESPIN Cover by GLENN FABRY Variant Cover by LEINIL YU FOC – 3/10/2014, On-Sale – 4/02/2014 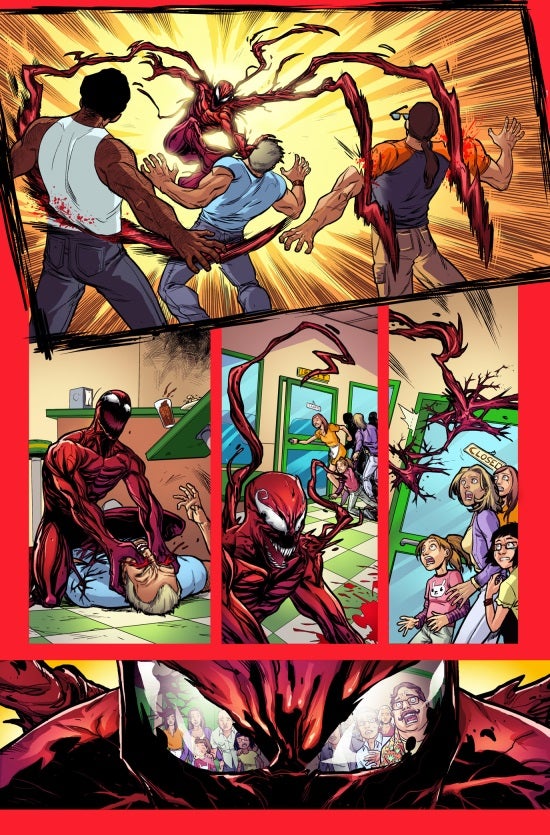 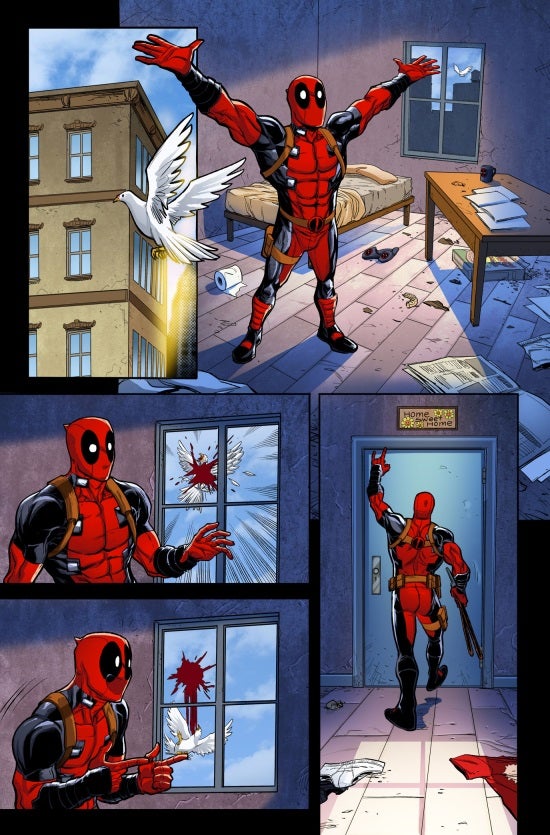 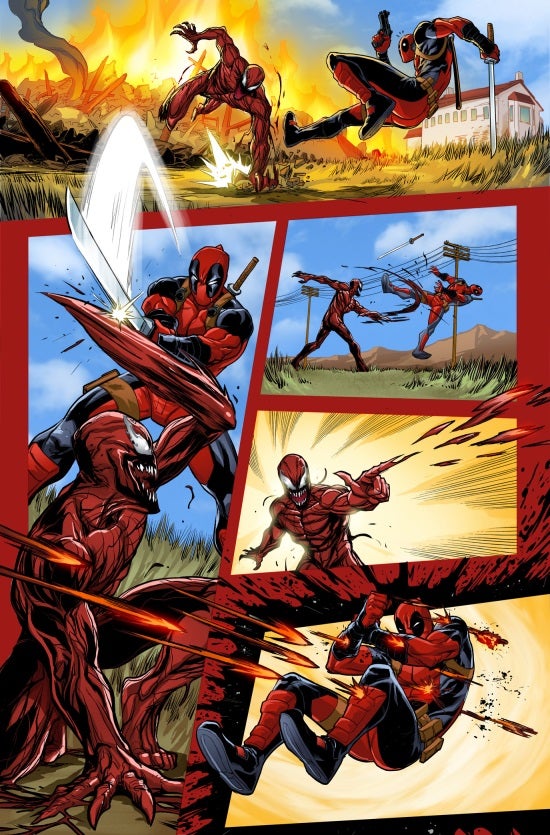