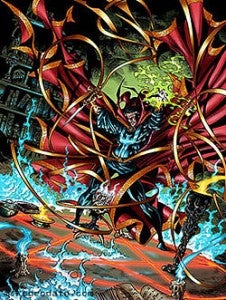 The slate of Marvel movie projects that are in store for the future continues to unfold and peak interest!  It was announced today that a film based around none other than the Sorcerer Supreme himself, Stephen Strange, is next, as sources say that Marvel has a script ready to go for a Doctor Strange movie, which would see the light of day in 2013.  The completed script, written by Thomas Donnelly and Joshua Oppenheimer, is a go, but no director has been attached to the project at this time. Also, no star has been named yet for this film, which may come into place once a director is named, as that sometimes is the main draw for certain stars.  Rumors of this film have existed, but now we see that this may actually be coming true.  For those unaware, Doctor Strange started out as Dr. Stephen Strange, a physician who stops practicing medicine after an accident and turns to the spiritual realm, where he has an innate talent.  It will be interesting to see what develops with this next!

Doctor Strange Movie Next From Marvel?

That '90s Show Gets Season 2 Renewal at Netflix