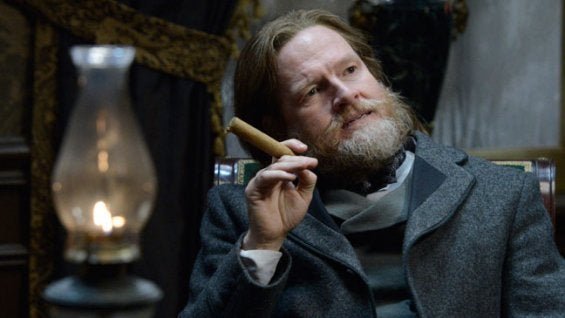 In spite of rumors that swept across the Internet this evening, Donal Logue says he hasn't been offered the role of Gotham City Police Commissioner James Gordon in Fox's Gotham TV series--and further, that his understanding is he would be wrong for the role.

In addition to praising the performance of Gary Oldman, who played the role in Christopher Nolan's Dark Knight Trilogy, Logue suggested that, at least according to what he's heard about Gotham, they're looking for a younger Gordon and he wouldn't fit the bill.

Of course, there will be those who take this quote and say, "Hey, wait--how much has he heard about this series?" and figure that it means something for the truth of the rumor. That could be true, of course, and talent denials in these situations are pretty standard--but standard issue denials don't tend to come with a built-in reason you're wrong for the part and a wish you could do it.

@nerdbastards not true! I wish-would be awesome (but who could top Gary Oldman?) From what I heard, Gotham catches Gordon in his late 20's

While Latino Review has a history of breaking big news in the comics-to-film arena, this is the second time in less than 24 hours that one of their big scoops has been met with swift denial; last night, they reported that Johnny Depp was in line to play Marvel's Doctor Strange, a rumor that's been denied by Marvel, Depp's representative and one major trade publication (though another originally backed it).