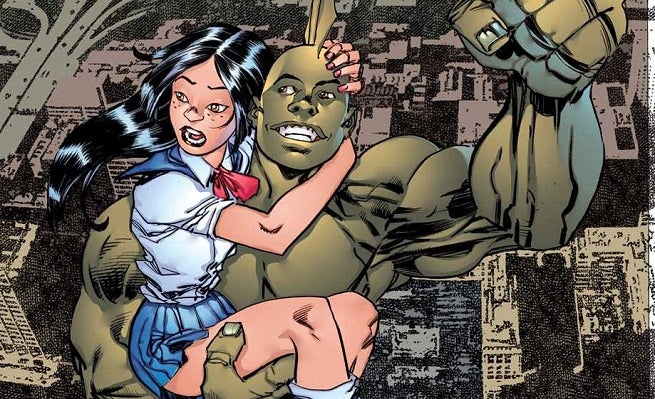 Erik Larsen's Savage Dragon #200 is on the shelves today, and ComicBook.com has (as we do every month) spoken with Erik Larsen about how the issue fits into the overall series.

Warning: Spoilers ahead for today's issue of Savage Dragon. 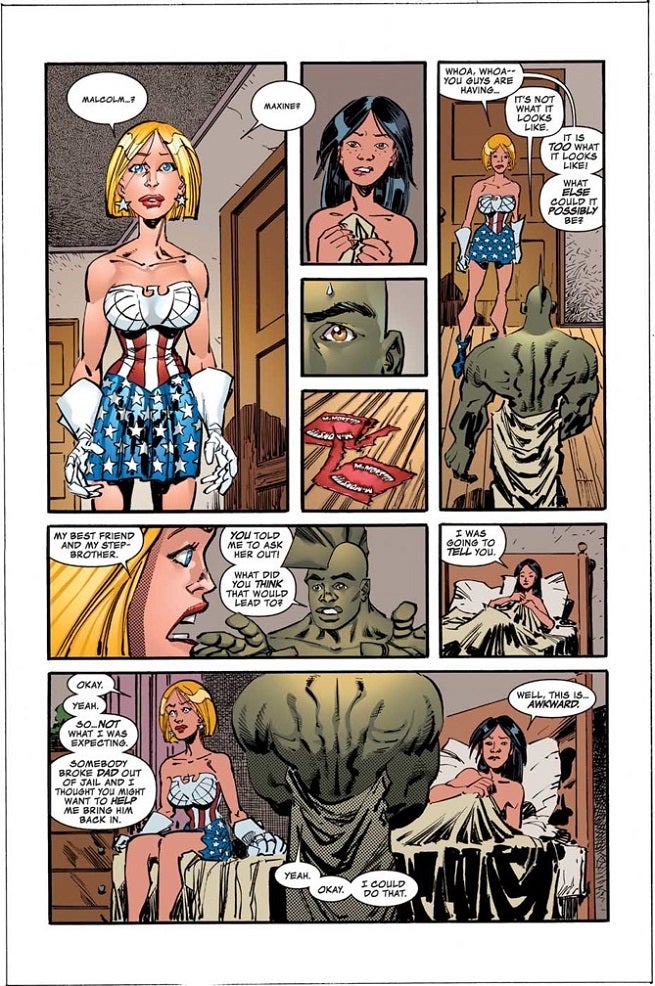 While we're withholding that interview for later in the day to avoid spoiling the whole issue (you can get it here) for readers, it's already started to break wide that the issue features Malcolm's first sexual experience.

Larsen told us that while #150, the last jumbo-sized landmark issue, featured the apparent death of Dragon and set up a three-year-long superhero epic, #200's biggest moments were a bit quieter and more personal in comparison. That included not only giving Malcolm his "first time," but also resolving one of the most unusual "will they or won't they" plots in comics: Malcolm and Angel Dragon.

Angel, of course, is not actually related to either Malcolm or Dragon, but was adopted by Dragon after her mother -- his girlfriend -- died. Malcolm is Dragon's biological son, raised in his early years by a group who kidnapped him at birth. And so while they've often flirted with the idea of the two having some kind of physical relationship, Larsen has always resolved it by saying, essentially, that it was just too weird for them. 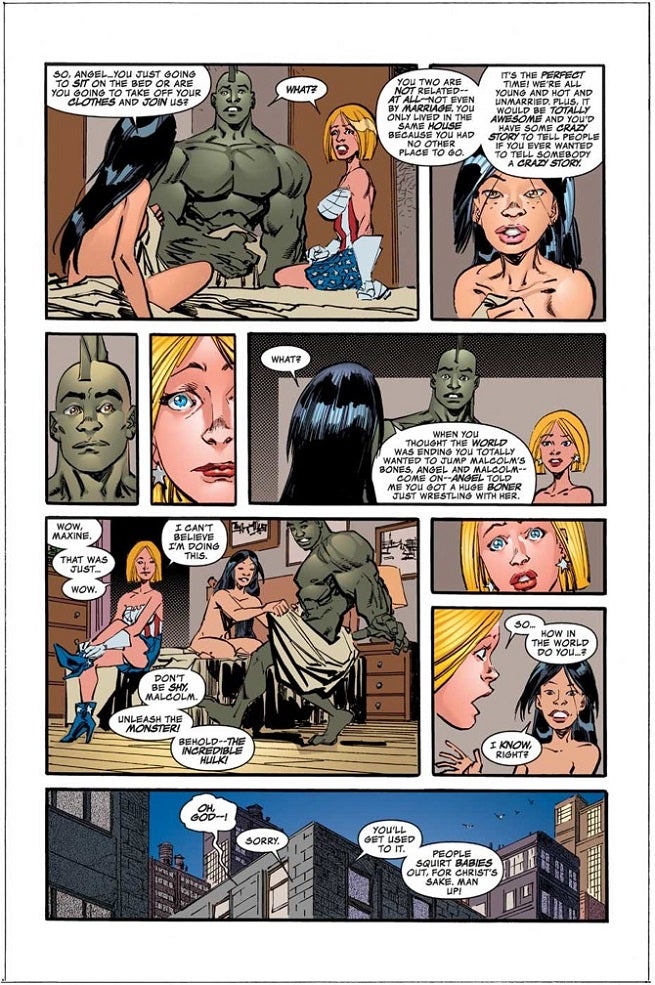 Most recently this manifested itself during an alien invasion, when the pair were pinned down and things looked grave. With death seeming inevitable, Angel suggested, ahem, going out with a bang. Which set the stage for today's issue, where Malcolm's girlfriend Maxine -- Angel's best friend before she left Chicago for the Special Operations Strikeforce -- suggested that the three of them should fool around.

We asked Larsen about the potentially game-changing development between the characters, which seems especially relevant considering the major role Angel played in #200 and Larsen's comments that we'll see her more in the near future.

I can't help but feel like Dragon had a lot of sex early in his run, too. Are you mirroring elements of early Dragon to put a Malcolm spin on them, a bit?

That was the milestone I wanted to get to in this issue. That's an important part of growing up and going on to the next stage in life.

The things I wanted to get in here, really, was seeing Malcolm, Angel and Dragon in an adventure together and having Malcolm take that next step toward being an adult. He turned 18 off panel and it's time for him to take on more of an adult role.

Not every anniversary issue needs to be some big, sweeping, cataclysmic event--some can be smaller, more personal, but life-changing ones.

That's a...unique...solution to the long-standing issue of whether or not Malcolm and Angel would ever do anything. How long have you had it in mind that MJ would be the one to offer up an answer?

Zero time. It was as impulsive for me as it was for her.

I had a couple of options for page 10 and since it ended a scene and the rest of the action in the issue didn't flow from that I could have gone a number of ways with that. Usually I'll roughly plot an issue, draw it and script it at the end. With this issue I ended up scripting it as I drew it. I'd pencilled ahead a page or two after page 10 and I just decided to keep scripting just to see how that flowed. If nothing came of it I'd back out and do a different page 10.

I was really on the fence about that page because it was a huge turning point--a real game changer. I liked the dialogue that sprang from that scene. It was just fun, bouncy stuff. So I decided to just go for it.

WWE Royal Rumble: The Rock "Being Talked About" as Match Winner