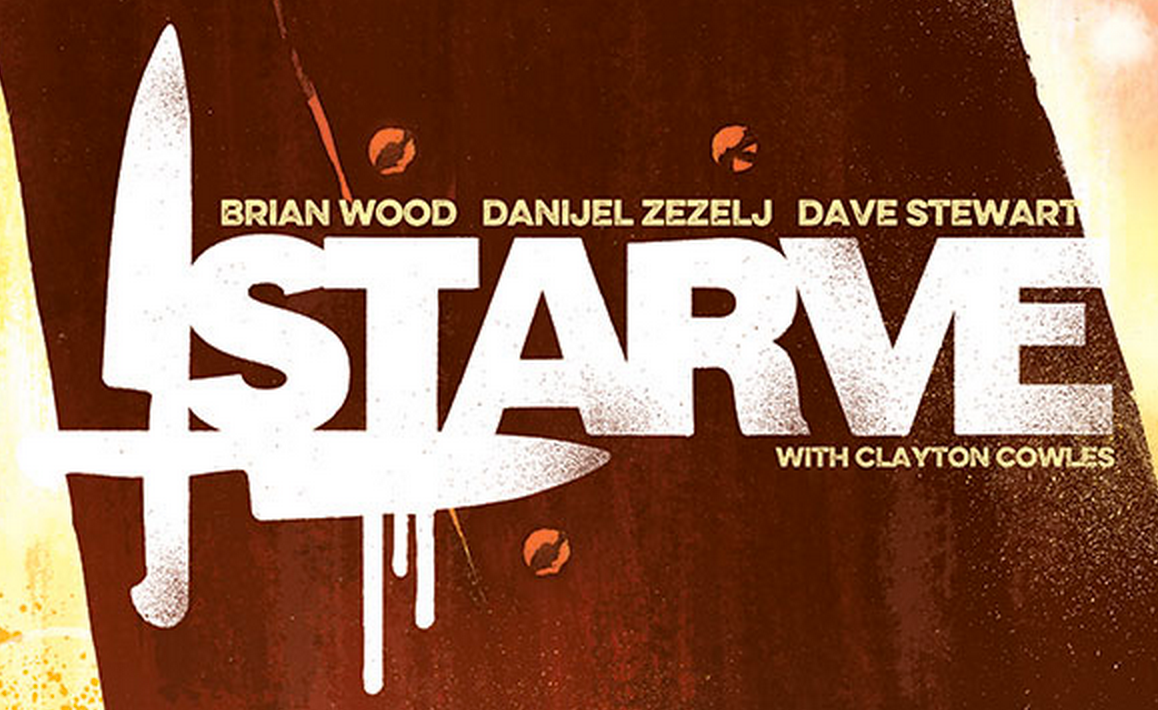 Brian Wood, Danijel Zezelj, and Dave Stewart have provided ComicBook.com with an exclusive preview of their Image Comics series: Starve.

Set in the not-too-distant future, Starve follows Gavin Cruikshank a world-famous chef who runs a cooking show called Starve. Though once a small, earnest production, Starve has warped into a national phenomenon, with chefs competing against one another for the pleasures of the ultra rich. No longer recognizing his show, Gavin returns to New York City in order to reclaim it from the capitalist wasteland that has turned it into such a shameful affair. It is a potent blend of character-driven storytelling, thrilling challenges, and rich visuals that make for an exciting and intelligent read unlike anything else being published today.

Wood and Zezelj shared their enthusiasm for this series with us as well, noting exactly what makes Starve such a unique and exciting debut.

Brian Wood: "Writing socially conscious comics is nothing new to me, and its very present in Starve. But the backbone of the story is Gavin coming back from exile and coming face to face with his broken, bitter family, and having to put the pieces back together.  It's also shot with darkly comic scenes, having fun with foodie culture and TV game shows.  Starve is rapidly becoming one of my favorite projects, because I think all the contrasting elements come together so well."

Danijel Zezelj: Starve is built on opposites: the glamour of high-art restaurants versus the steamy, bloody,  greasy kitchen work behind them, the excess of exotic eating versus social collapse of the urban chaos, and more.  A visual contrast of black and white, light and shadow, seemed the appropriate way to paint such world.

The scene in the gallery below is from Starve #2 and features Gavin competing in the first round of the STARVE finals.

The final day to order Starve #1 from your local comic book store is May 18, and it goes on sale June 10.