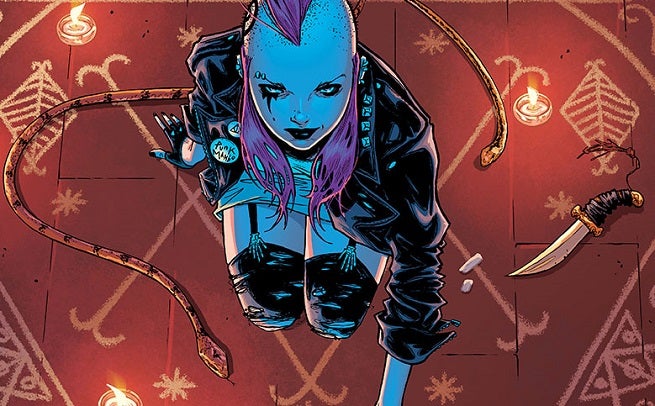 Milligan wrote the one shot -- you can get it here -- which was drawn by Robert Gill.

Here's how the issue is described: From a posh girls' boarding school, to the slimy gutter of the London punk scene, to sniffing voodoo glue in a Louisiana swamp...how did the Punk Mambo haul herself from the upper crust to the backwater? Now, Punk Mambo is about to head back home to spread some much-needed anarchy in the UK! The punks and the voodoo priests she used to know have cleaned themselves up, and she's a loud, belching ghost from their past, come to break in the new furniture...and break some faces!

Milligan joined us to talk about the issue, and creating the first new character to headline her own series since Valiant's relaunch. 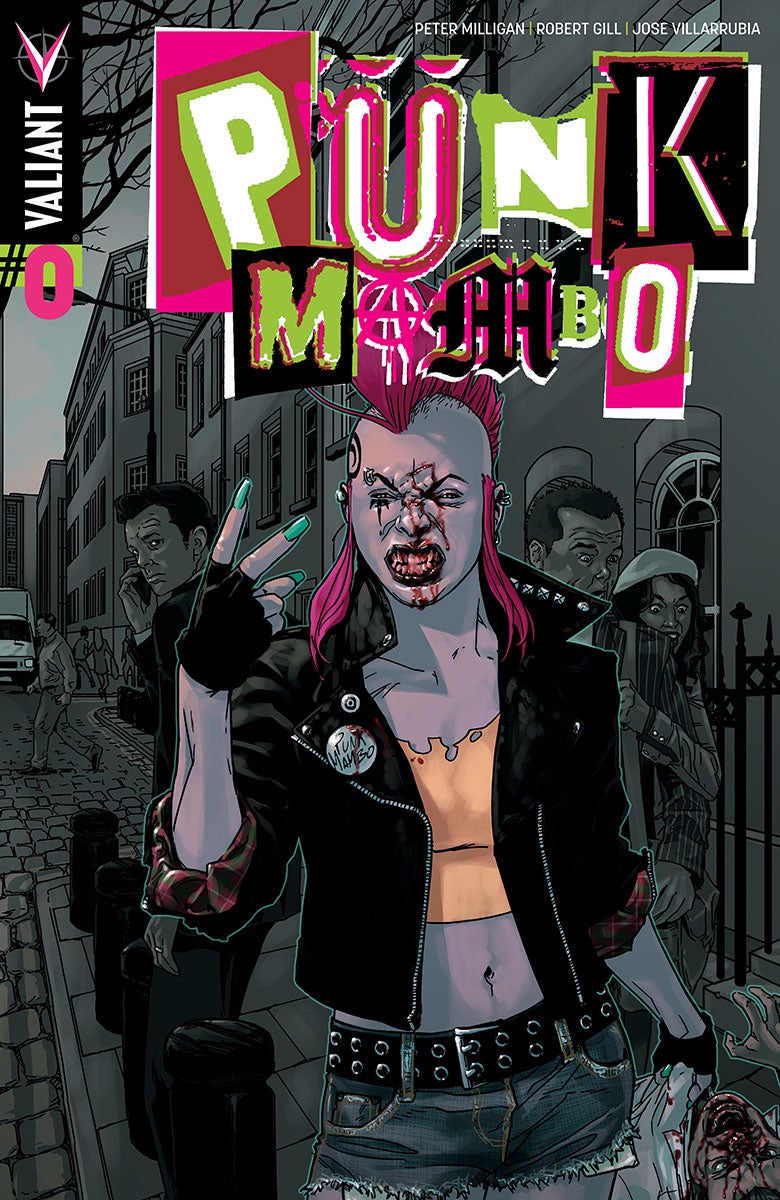 Punk Mambo is the first new character since the 2012 relaunch to earn their own solo story. When you first envisioned the character, did you foresee her taking off the way she did?

No. But then again you don't create a new character with the explicit intention that they sink into obscurity. I wanted a mambo character in Shadowman -- but I didn't want her to be like all the other mambos I've seen in comics and movies. I wanted her to be specific, with an attitude. And then she grew. I think she's a great character with a lot of depth.

Valiant has done a fantastic job introducing great female characters (Mary-Maria, Geomancer, Doctor Mirage, Livewire), how does it feel to add to that list with Punk Mambo?

I feel very humbled. But I'm sure I have the strength of character to overcome this.

You created a very entertaining and interesting character dynamic between Punk Mambo and Shadowman. Are you looking forward to seeing more of that in the future?

If we can make it work, yes. But maybe this time Shadowman will be the guest in Punk Mambo's book.

A sizable portion of your work has featured horror overtones, or has been set within the horror genre outright. Was that a help or a hindrance while developing your ideas for Shadowman and Punk Mambo?

I don't think I really do outright horror. And the horror I do and am interested in tends towards the psychological or weird. But I certainly tried to bring a bit of this to Shadowman, yes. 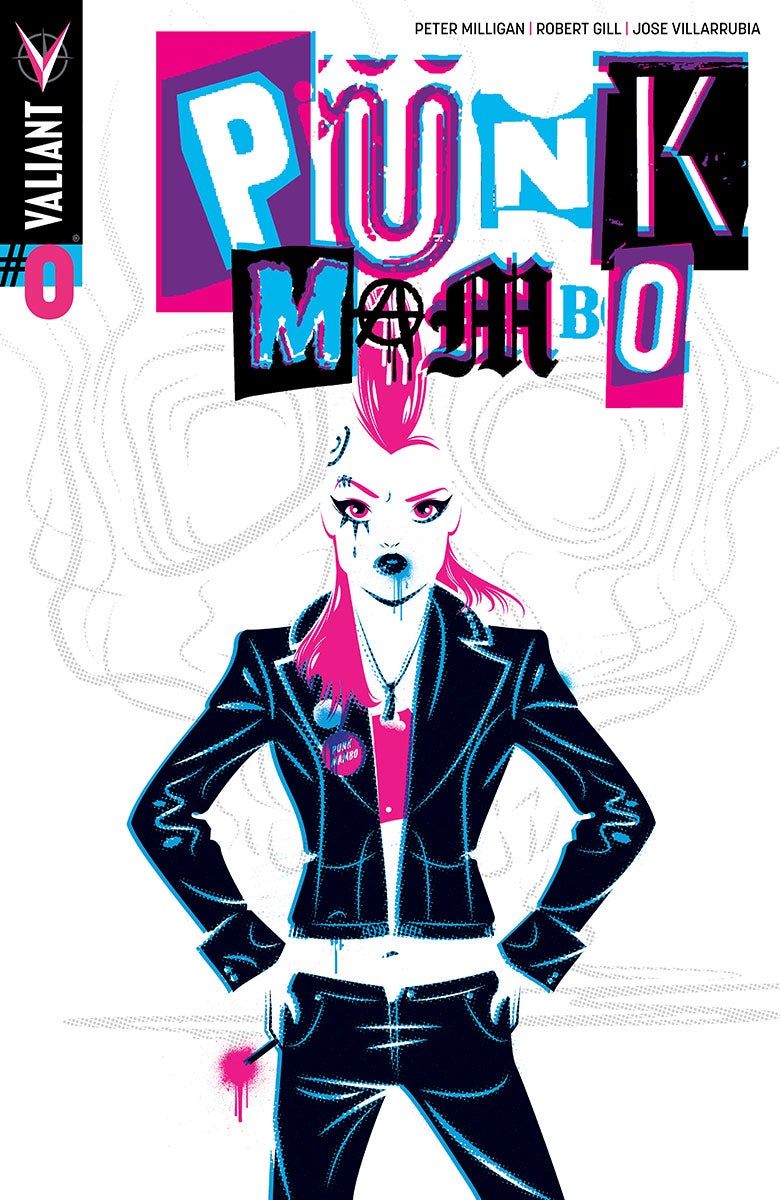 With Punk Mambo sharing the same nationality as yourself, do you feel you relate to her character more than some of the many others you have written?

Punk Mambo belongs to the same country. But in another way -- her wealthy, private-educated background etc -- she belongs to a different country. That said, there are cultural and place references that i share with her, and this can allow a certain access to character. I think I'm sufficiently immersed in American culture and language to be about to dig into the American soul in a realistic way -- but let's say it's sometimes more natural or easy to get to grips with a Brit, and to get across how that Brit might express him or herself.

Much of Punk Mambo #0 will explore her early punk days in London. Is this a setting and time in her life where there are even more stories to tell?

Oh yes. I think this story scratches the surface. And we only just begin to see a little of who and what Punk Mambo is. There's plenty more where this comes from.

Sid Vicious plays an important role in Punk Mambo's story. Did his character come about purely for the story, or is there a personal connection that you have with him as well?

You've now worked on multiple Valiant titles: Shadowman, Eternal Warrior: Days of Steel, and now Punk Mambo. What drew you to Valiant and that set of characters in particular?

Initially the editor, Warren Simons. But then I think I became more aware of some of these titles. I'm not exactly sure what it is, but there is something unique about the Valiant titles that sets them apart from Marvel and DC.

Jeremiah Fettinger is a comic book retailer and Valiant superfan from Upstate New York. This piece was written with contributions from Senior Staff Writer Russ Burlingame.