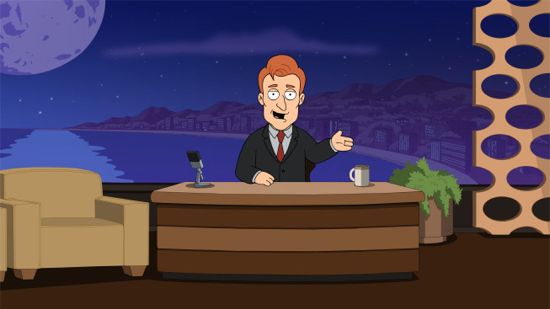 Family Guy returns tonight with its first new episode since the controversial death of Brian Griffin. Even though Brian Griffin's name appears on the voice cast list, he's not expected to appear in the actual episode. However, Family Guy will have a special appearance by Conan O'Brien.

When Peter and Quagmire discover that their singing voices create beautiful harmony together, they form a singing/songwriting team, in the vein of Simon and Garfunkel. However, tensions run high when fame gets to Peter’s head