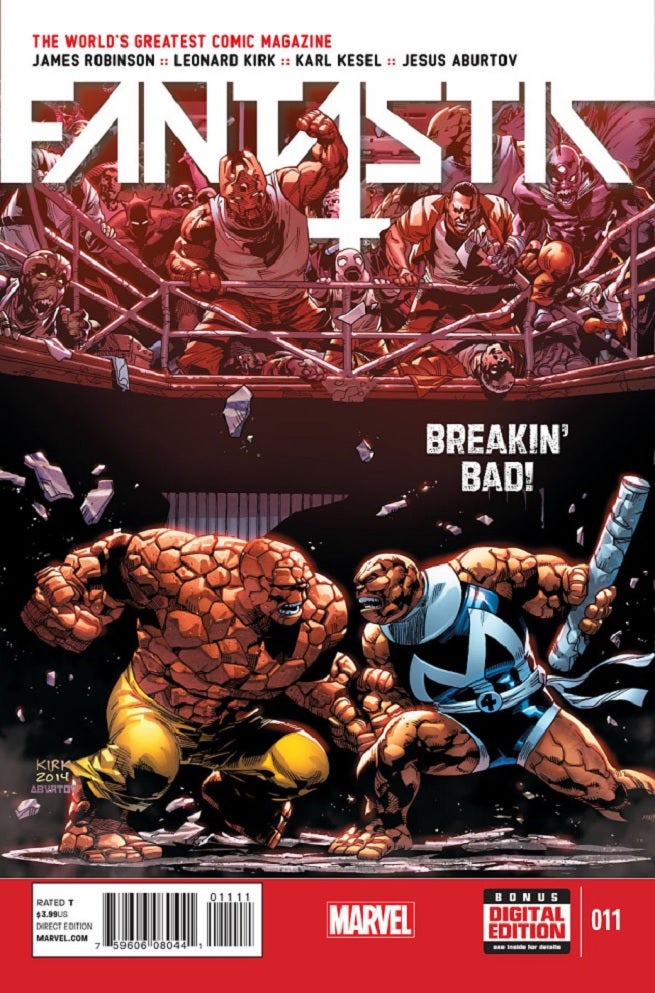 Hail, hail, the gang's all here! No, I don't mean that the titular quartet is reunited and solving the overarching mystery of this arc. I mean that the primary creative team is back on this issue with James Robinson writing, Leonard Kirk penciling, Karl Kesel inking, and Jesus Aburtov handling colors. As a result, this is an excellent book that has found its way back to the visual style that I appreciated in its first several issues.

Robinson and Kirk's run on Fantastic Four has been top-notch all the way along and this issue is no exception. This installment features plot advancement, action, intrigue, and it's all presented beautifully. While no concrete answers are provided regarding who is behind the FF's fall from grace, one does get a sense that progress is being made in moving toward a resolution. For the moment though, the answers are murky and a slew of characters are each attempting to make headway in their own personal area of concern. Ben "The Thing" Grimm is trying to survive incarceration, Reed "Mister Fantastic" Richards is dealing with his feelings of inadequacy, Susan "Invisible Woman" Richards is concerned about the possible reemergence of her Malice persona, and She-Hulk and Wyatt Wingfoot are on the outskirts of the team's troubles seeing patterns and beginning their own investigation. 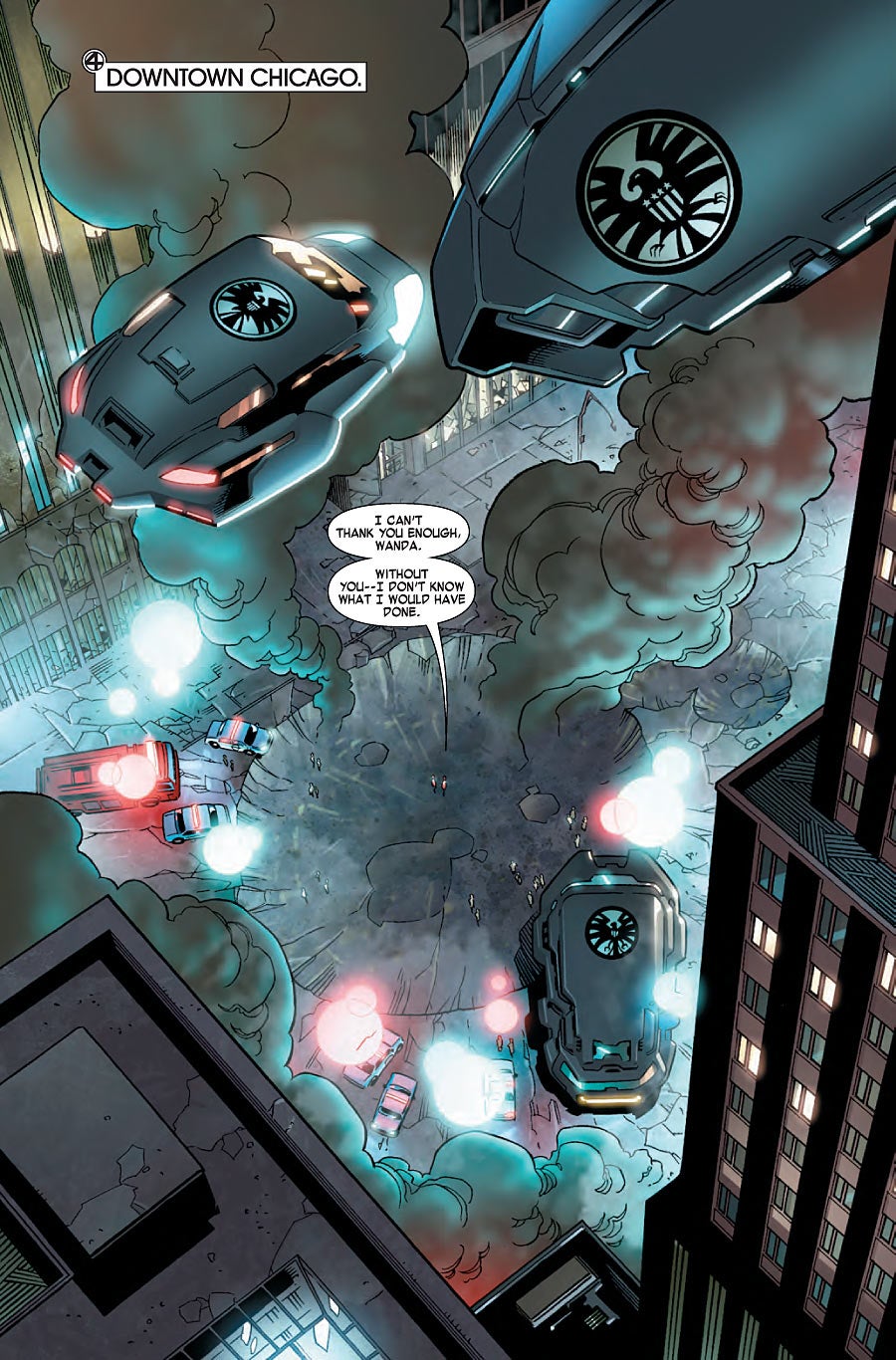 While not depicted in this issue, Johnny "Human Torch" Storm is still partying his troubles away and presumably Jim "the Android Human Torch" Hammond and the kids of the Future Foundation are investigating the situation from their end. There is a lot going on here and in the hands of a lesser writer, this might feel unfocused and incoherent. With Robinson though, it's all building into an almost palpable swirl of intrigue and mystery that draws the reader into the action. The ending of this particular issue even has a couple of surprising faces pop up that bode well for a bit more fun and a puzzle piece falling into place for the eventual solution of this arc's central dilemma.

Before this issue's breakdown, let me just reiterate that this is a book that deserves to be read. The story is legitimately engaging, the art is wonderful, and it really pays tribute to the FF's history as well as the feel of classic FF runs. I hesitate to bring this up but it's confirmed public knowledge now that after this arc the Fantastic Four title will at least temporarily be cancelled. While that is unfortunate, I can hardly think of a better way to send them off than the treat of an arc that we're currently able to enjoy. If you're a fan of the Fantastic Four, a fan of great comics, or just someone who has had a passing interest in the team/title, I'd definitely recommend jumping in, getting caught up, and riding this series while it lasts.

Now, stand there and put that apple on your head 'cause I'm about to loose a few razor-sharp SPOILERS from my reviewer bow… 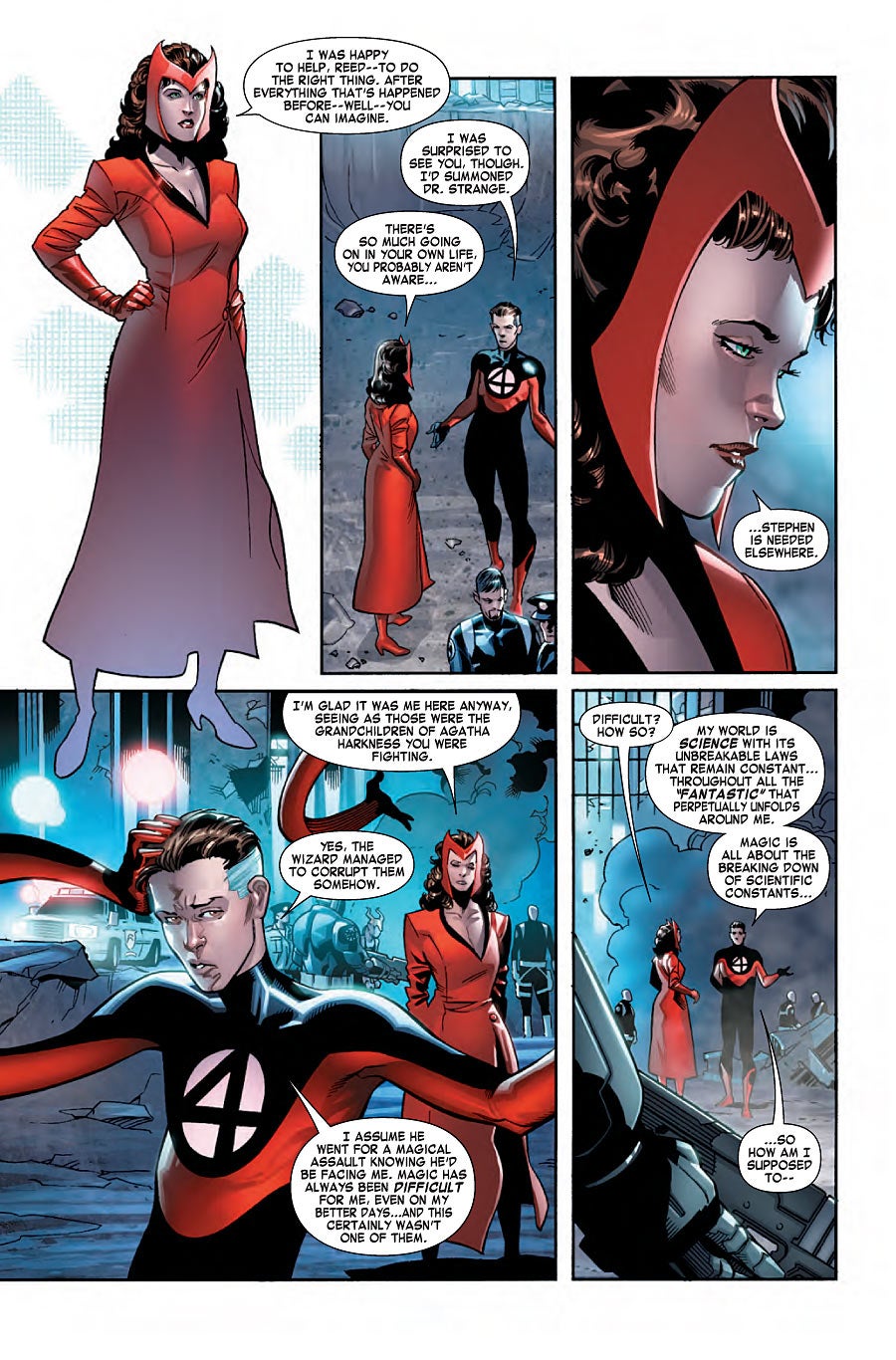 James Robinson is a great writer. I've been saying that all along and this issue is no exception. There are a lot of things about this current installment that put a wide grin on my face and they include the fact that we get another spotlight on the FF's supporting cast with She-Hulk and Wyatt Wingfoot, the furthering of the Thing/Sandman relationship, and the very ending which I'll touch on a bit further along in the review. Robinson has been excellent in capturing the voices of the various characters, building an intriguing mystery plot, and providing consistently enjoyable and satisfying single issues building toward what feels as though it will be a surprising reveal. Perhaps my favorite bit of writing though in this issue is Wyatt Wingfoot's internal monologue after being hit in the shoulder with an arrow. There's something beautiful about his resigned acceptance of his fate and connection with his Native American heritage that really sell this moment.

This is a beautiful book. Kirk and Kesel do great work together and the art is consistently engaging. Faces are expressive, shots are composed in intriguing ways, and panel layouts have a lovely traditionalism about them spiced up with the occasionally more playful panel construction. As with the writing, perhaps my favorite moment in the art is when Wingfoot is facing down his impending death and the art takes its time building the moment, focusing on the archer and his weapon until finally giving us the close-up on Wyatt's face where he finally says "Do it." Colorist Jesus Aburtov is similarly excellent and in this moment bathes the scene in a red light that emphasizes the deadly intent. Really Aburtov is great at helping to give different scenes unique and finely crafted tones that set them apart from each other. I particularly like his neon cityscapes which add a visual flair to the scenes in which Wingfoot appears. Aburtov's work with color and light even provides a realistic and appreciated background in certain scenes between She-Hulk and Wyatt where there would have otherwise only been a blank window behind them.

Having sufficiently buried it in the review, I'll just say how pleased I was to see Spider-Man (perfectly rendered by the art team) and the "Heroes Reborn" version of Hawkeye (the guy shooting arrows at Wyatt Wingfoot) appear at the end of this comic. There's something about Spider-Man that makes him a welcome presence whenever he drops in on the team, particularly in his interplay with Johnny Storm. Interestingly, I don't know that he and Wingfoot, two of Johnny's best friends, have shared much if any page space together in the past. This intrigues me for future issues. As for the alternate Hawkeye, his presence may provide a key to the mystery of this arc as the inciting incident for this whole run was an incursion of monstrous creatures from the Heroes Reborn pocket dimension created by Franklin Richards following the Onslaught event in the 1990s. I mention this partly to compliment Robinson on advancing the mystery by dropping this character in late in this issue leaving us to ponder his significance until the next one drops and partly to help out people who may not recognize him. Personally, I'd know that ugly Liefeldian mix of brown and tan anywhere: 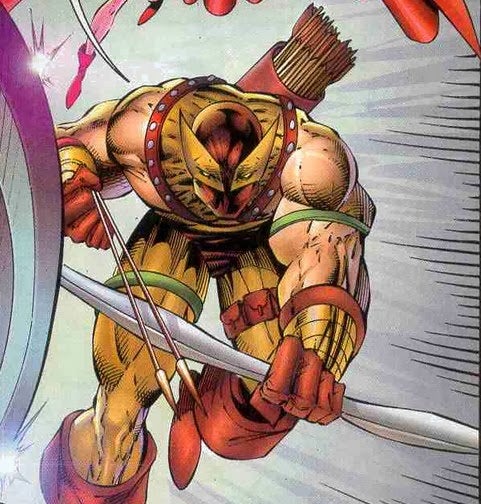 There really isn't anything for me to say here. 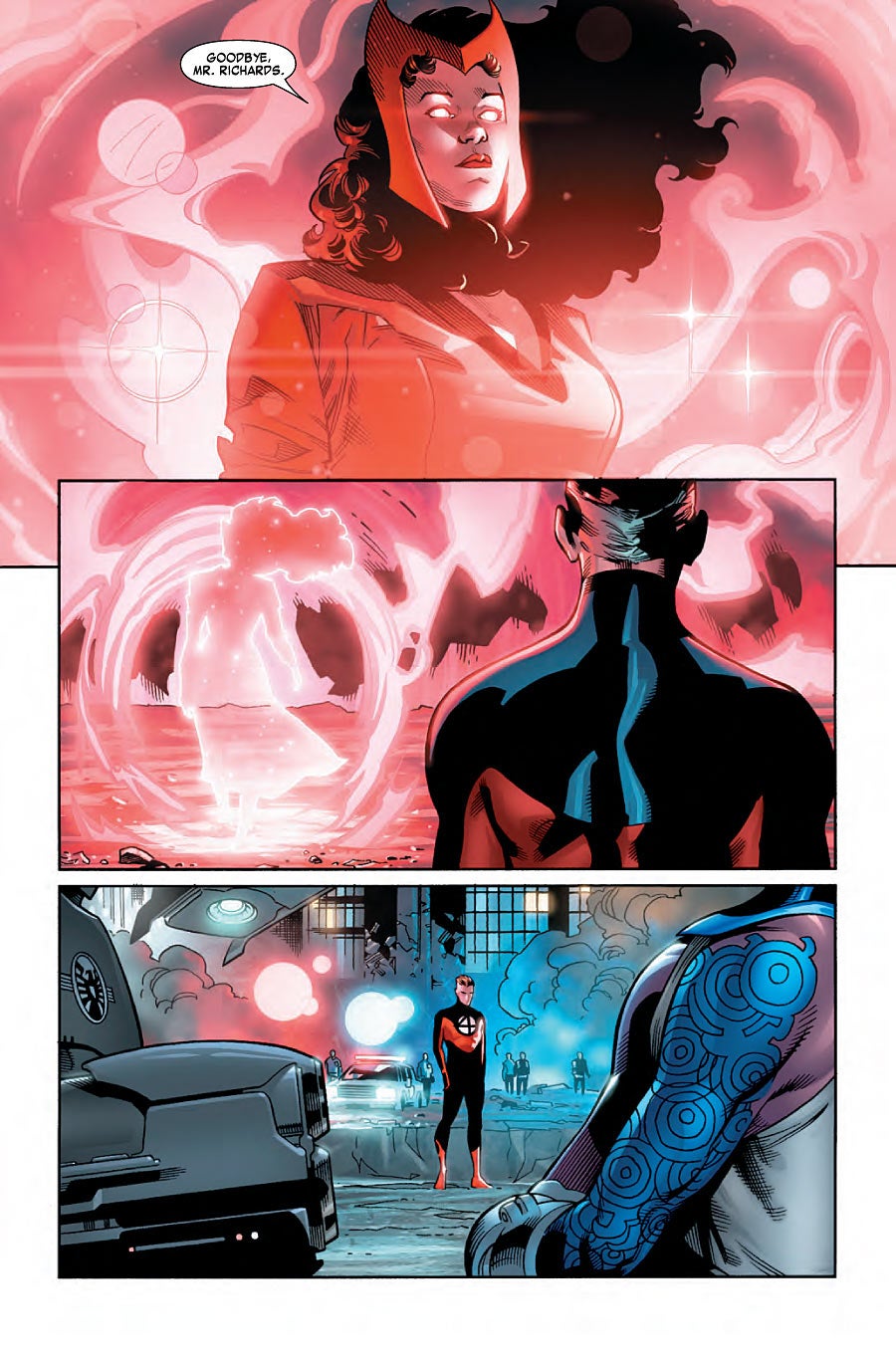 The only thing I'll mention here is related to Ben Grimm and it's related to the art. Ben's face can be expressive, wildly expressive at times. Here though his features are rather impassive, redolent of grim determination and/or resignation with his eyes often completely or almost completely shaded from view.

Given his state in the story, this makes sense and perhaps it wouldn't bother me except even in this arc's initial issues I can't recall Kirk doing much with his expression that wasn't angry, depressed, or just blank. All I'm saying is that once it becomes appropriate it would be nice to see some range in Ben.

I pretty much covered it above. Buy this book!