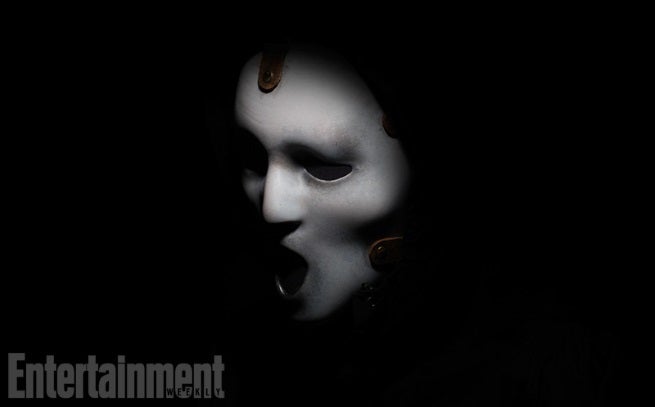 The newly redesigned serial killer mask from MTV's television reboot of Scream has been revealed.

The new mask is clearly inspired by the Ghostface mask from the Scream movies, but offers a fresh take on the design.

"The [original] mask is so iconic. If you were to have that mask in a television series, but you weren't following any of the characters [from the original], I believe that would be misleading the audience," executive producer Jaime Paglia tells EW.

"It evokes some of the Jason hockey mask and the white Michael Myers mask, but it's still first and foremost evocative of the Scream mask. It's sort of a reinvention while also paying homage," said executive producer Jill Blotevogel.

"The new mask is cool and scary and takes the series into a new direction. It also ties into the story, which I won't give away," says Wes Craven, executive producer on the show and director of the original Scream.

The Scream TV series will follow a new group of a teenagers, and features a new serial killer. The series premieres June 30 on MTV.