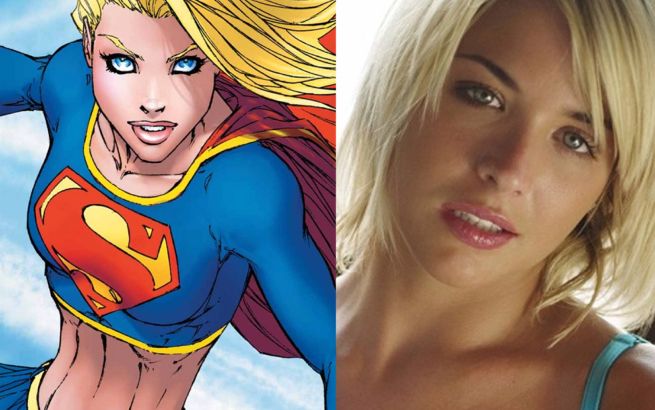 British actress Gemma Atkinson is reportedly one of those auditioning for the role of Supergirl in Greg Berlanti's upcoming CBS series, The Sun reports.

The British tabloid had previously claimed that Atkinson was in talks for a role on Emmerdale, a long-running British soap opera.

"Gemma is a huge fan of comic books so this is something she'd jump at. It will make her huge Stateside," the paper quotes a source close to the actress as saying. "She said next year will be her best yet whatever happens. If she gets Supergirl it will be amazing or if she begins working on Emmerdale that will be great too."

She previously played the role of Barbara in 2013's Night of the Living 3D Dead, and is probably most recognizable for her role as Tamzin on Casualty or Lisa on Hollyoaks.