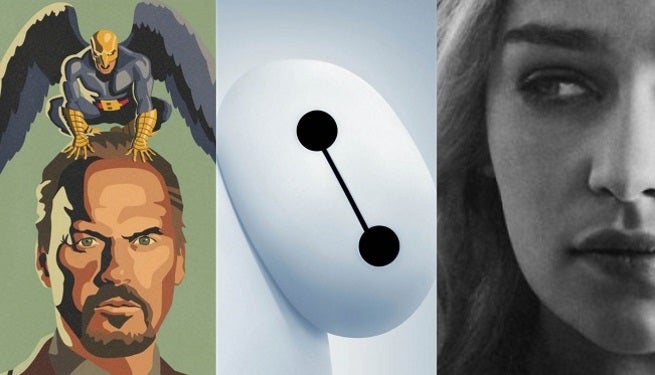 The Hollywood Foreign Press Association has announced the nominations for the 72nd Annual Golden Globe Awards, and several genre fiction works were among them.

Interstellar’s sole nomination is for Hans Zimmer’s score. Lorde’s “Yellow Flicker Beat” from The Hunger Games: Mockingjay – Part 1 and “Opportunity” from Annie are both nominated for Best Original Song in a Motion Picture.

Disney Animation’s first film based on a Marvel Comics property, Big Hero 6, is among the nominees for Best Animated Feature Film, alongside Guillermo del Toro’s The Book of Life, The Boxtrolls, How to Train Your Dragon 2, and The LEGO Movie.

The winners will be announced during the 72nd Annual Golden Globe Awards ceremony, hosted by Tina Fey and Amy Poehler, airing Sunday, January 11, 2015, live on NBC at 8 p.m. ET.