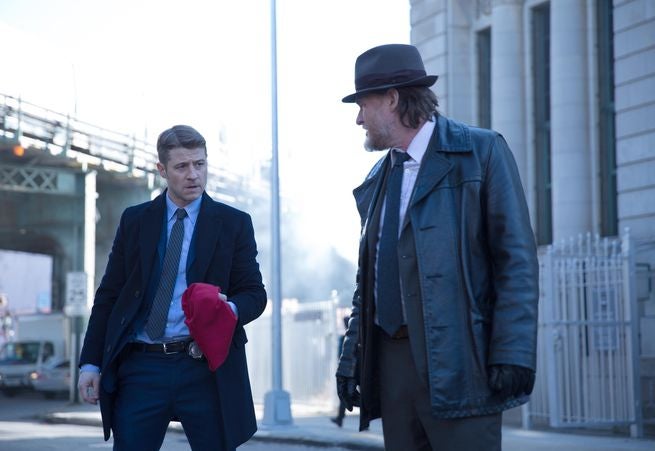 An extended teaser for Gotham, appearing to be basically a critical praise TV spot for the series, has surfaced online, including some previously-unseen footage from next week's episode, "Red Hood."

Following several bank robberies, Gordon and Bullock investigate the Red Hood gang. Selina Kyle continues to bond with Barbara, and Fish Mooney tries to reclaim her position in the underworld in the all new "Red Hood" episode of Gotham.