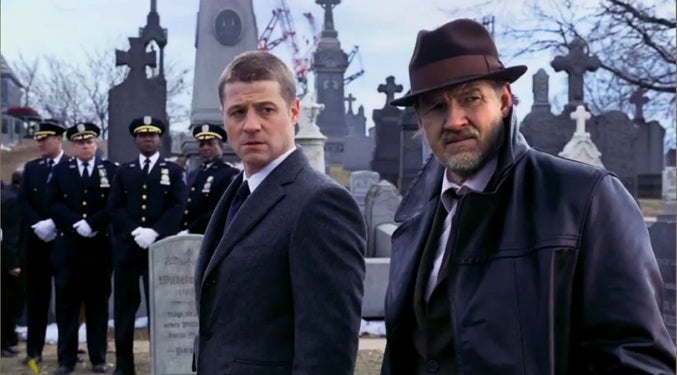 The Television Critics Association has selected FOX's Gotham as the most promising series of the fall season in its second annual poll, according to The Hollywood Reporter.

The series from showrunner Bruno Heller (The Mentalist) follows the early career of Detective James Gordon, destined to one day be Gotham City's police commissioner and confidant to Batman, in the weeks following the murders of Thomas and Martha Wayne. Southland's Ben McKenzie co-stars with Jada Pinkett-Smith, Donal Logue and more, who mostly play the familiar names and faces of Gotham.

"If the 2014 fall survey results are any indication, we're in for an exciting new season of television," said TCA president Scott D. Pierce. "This year featured a surprising number of close races, with the high quality of both programming and performers giving our voters a tough time as they made their picks. From superheroes and murder mysteries, to out-of-the-box comedies and gritty dramas, this is one of the most eclectic seasons in recent memory."

Perhaps more surprising is that the #2 show on the list was Jane the Virgin, a loose adaptation of the Venezuelan telenovela Juana la Virgen that will air on The CW. That show's star Gina Rodriguez was voted potential new breakout star in a landslide, garnering over four times as many votes as runners-up Grant Gustin, the title lead on The CW's The Flash, and Gotham villain Robin Lord Taylor, who plays Oswald "Penguin" Cobblepot.

Gotham debuts on September 22 on FOX. The Flash debuts on October 7 on The CW.