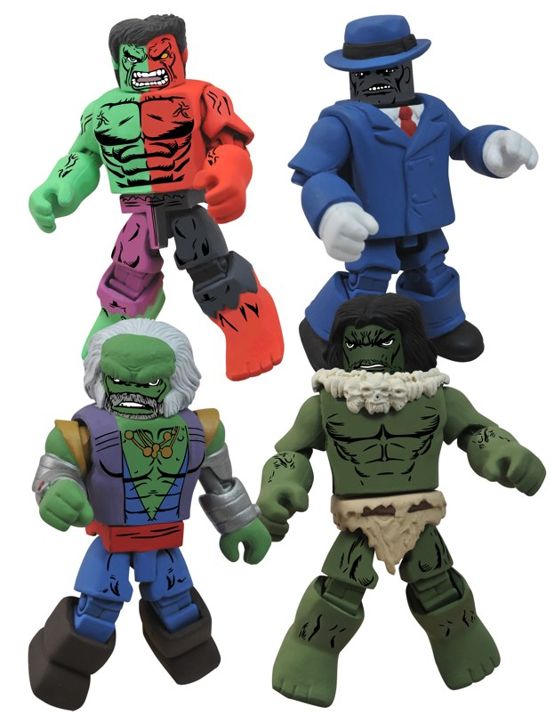 Hulk is getting a brand new set of Minimates figures. But it isn't just any type of set, it's actually a "Through the Ages" box set, which has only been done for a select few Marvel characters. Diamond Select Toys has announced four figures that will be part of the Hulk "Through the Ages" box set. The four figures are Joe Fixit, Maestro, Barbarian Hulk, and Composite Hulk. Joe Fixit is Hulk's grey-skinned enforcer persona from his time in Las Vegas. This Minimate will have a removable jacket, hat and tommy gun. Maestro is Hulk's evil future self who has defeated all of Earth's heroes. This Minimate will include a removable cape, crown and a trophy display. Barbarian Hulk is from Hulk's time living in Subterranea among the Moloids, and Composite Hulk is from when Hulk was briefly merged with his red counterpart. The Hulk "Through the Ages" box set will be released in spring 2013 to comic shops and specialty stores only.

Hulk Through The Ages Minimates Revealed