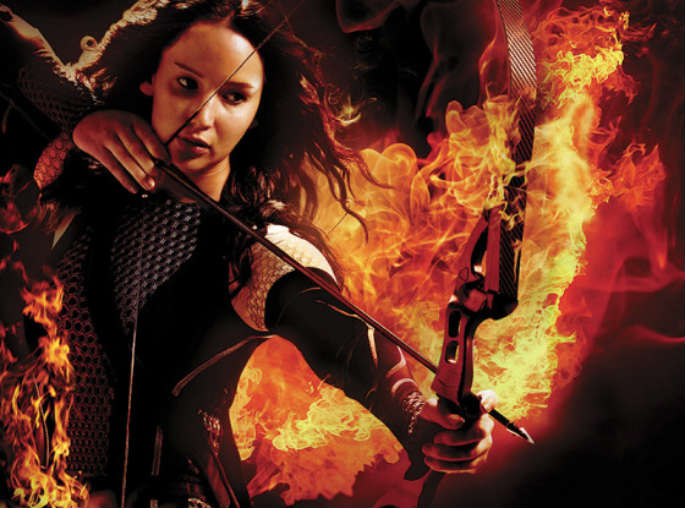 In the Hunger Games sequel, Katniss Everdeen and Peeta Mellark become targets of the Capitol after their victory in the 74th Hunger Games sparks a rebellion in the Districts of Panem.

Bad Lip Reading had another premise in mind.

Katniss picks out a name for her band, and she's afraid she's in a castle. Link to Obsidiots live show:

The Hunger Games films star Jennifer Lawrence as Katniss and are based on the popular YA novels written by Suzanne Collins. The latest installment in the series, Mockingjay pt. 1 is in theaters now and has already earned the highest opening weekend debut of the year at the box office.