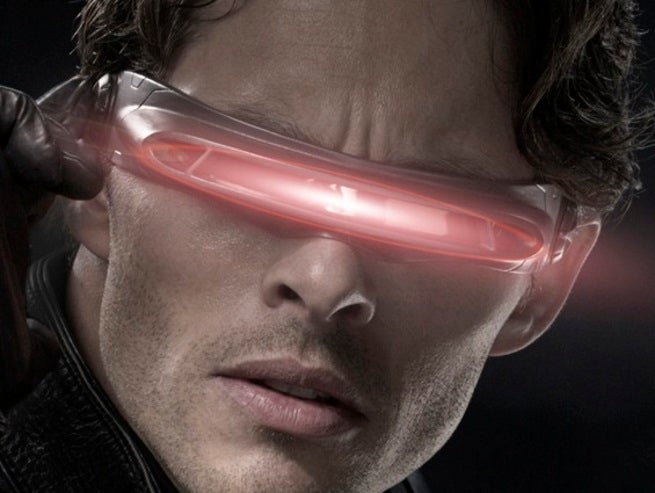 Actor James Marsden portrayed Scott Summers, a.k.a. Cyclops, in the original three X-Men films. Well, two and a half at least. The Last Stand didn’t go so well for Scott.

That’s part of why fans were so happy to see him (as well as Famke Jansen as Jean Grey) make a surprise appearance at the end of X-Men: Days of Future Past, as part of the newly restructured timeline.

In an interview with Collider, Marsden spoke about what is what like getting to return to that character after so long.

“It was a hard thing to keep from the press, I’ll tell you that,” says Marsden. “I just flat out lied to the press.  I would lie and say that I wasn’t in it, for a good nine months.  And I actually enjoyed that.  It was the only way to keep it a secret.  I knew that, if it were to start to leak out, the impact would be lessened.  It was nice to hear that fans’ applause when that moment comes on screen.  It’s a very cool feeling.  It was great.  It’s nice to know that Scott is not dead.”

Cyclops’ return in Days of Future Past opens up the possibility for young Cyclops, and young versions of his original trilogy teammates, to be recast in the next X-Men movie, X-Men: Apocalypse (or Akkaba, maybe?), which will take place in the 1980s.

X-Men: Days of Future Past comes to Blu-ray and DVD today.

James Marsden On X-Men: Days Of Future Past: "It’s Nice To Know That Scott Is Not Dead"