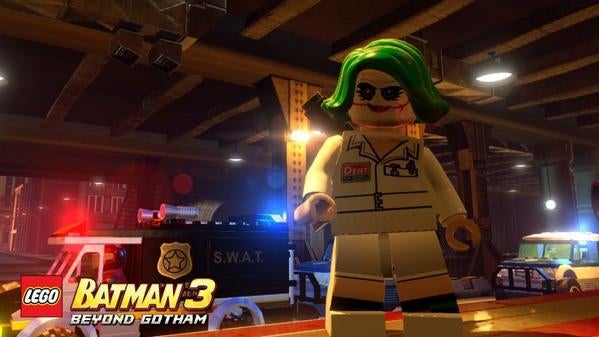 The "Nurse Joker" look used by Heath Ledger in The Dark Knight will make an appearance in Lego Batman 3: Beyond Gotham, the game's publisher confirmed today via Twitter.

Seen above under an overpass with S.W.A.T. vehicles swarming and a Harvey Dent campaign button on, the "Why So Serious?" caption confirms what was already pretty obvious from the look of the character: This is that Nurse Joker.

Supernatural Spinoff The Winchesters Poster Released by The CW

My Hero Academia Has Finally Freed Shoto From Endeavor's Shadow