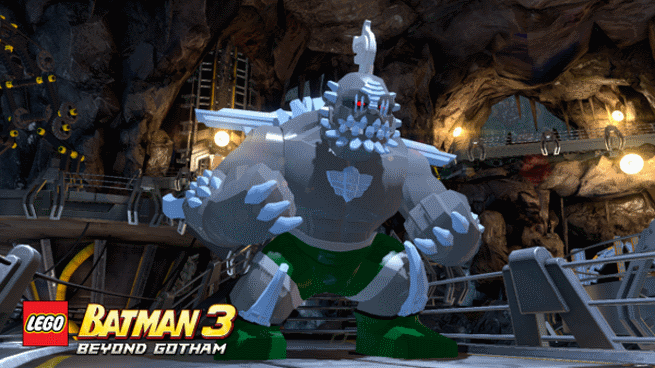 WB Games announced at the Gamescom trade fair in Cologne, Germany that Doomsday, Stargirl and Sinestro would be playable characters in LEGO Batman 3: Beyond Gotham.

WB Games released images of the LEGO versions of the characters in the game via Twitter and Instagram, which you can see here:

In LEGO Batman 3: Beyond Gotham, the Caped Crusader joins forces with the super heroes of the DC Comics universe and blasts off to outer space to stop the evil Brainiac from destroying Earth. Using the power of the Lantern Rings, Brainiac shrinks worlds to add to his twisted collection of miniature cities from across the universe. Now the greatest super heroes and the most cunning villains must unite and journey to different Lantern Worlds to collect the Lantern Rings and stop Brainiac before it's too late.

Doomsday, Stargirl and Sinestro are just three of the 150 playable characters in LEGO Batman 3, which will be released later in 2014.

Lego Batman 3: Beyond Gotham To Include Doomsday, Stargirl, and Sinestro Corps