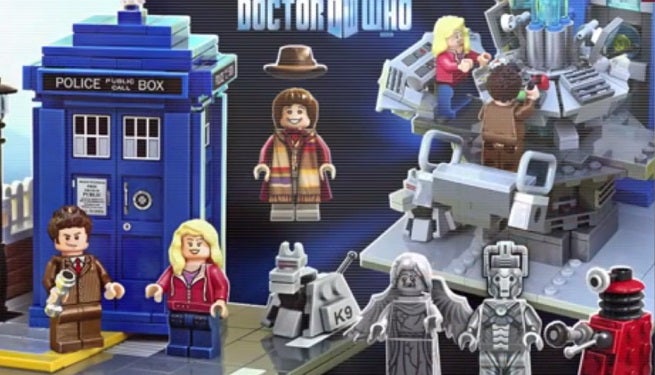 LEGO has officially announced the results of the latest round of LEGO Ideas judging, and will put into production the first ever LEGO Doctor Who set.

The Doctor Who and Companions LEGO set features LEGO Tardis and multiple versions of the Doctor represented in LEGO minifigure form, along with their companions, and several classic villains, like the Daleks, Cybermen, and Weeping Angels. The project is still just leaving the judging phase, so design and release details are not available yet, and the product image is not final.

LEGO will also put into production a LEGO Wall-E set. The submission was made by one of the film's original crew members, and the prototype was developed during production.

Disappointingly, the Batman: Assault on Wayne Manor and X-Men: X-Mansion submissions were passed over.

The next round of judging is set to begin, and LEGO announced their next batch of submissions for consideration, including the Avengers Helicarrier (which seems a little strange, considering another recent announcement), The Goonies 30th Anniversary set, Jurassic Park, and Lord of the Rings: Minas Tirith. The results should be revealed in late May.