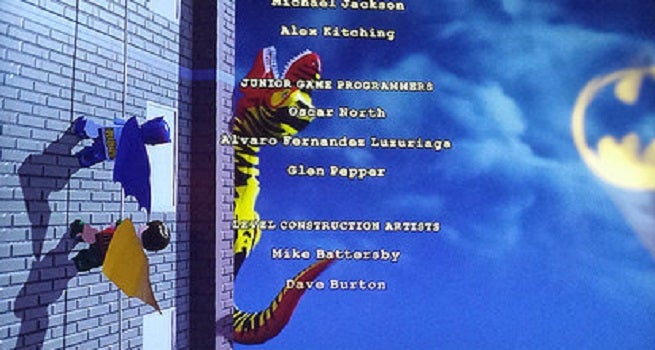 Following the success of a number of licensed Lego games based on film franchises like Lord of the Rings and Harry Potter, and of course of the Lego Batman franchise, it seems the brand is headed to Jurassic World next.

The Brick Fan notes that the credits for LEGO Batman 3: Beyond Gotham feature a look at the Batman '66 versions of Batman and Robin, scaling a building like they're wont to do as a dinosaur appears in the distance. With a very specific soundtrack.

In the image above, you can see a Tyrannosaurus Rex showing up with the Jurassic Park theme song.

As we know by now, LEGO will be producing official Jurassic World sets next year. We also reported that there's possibility a Jurassic Park/World video game also coming out next year so the scene in the credits of LEGO Batman 3 could be a teaser of what's to come.